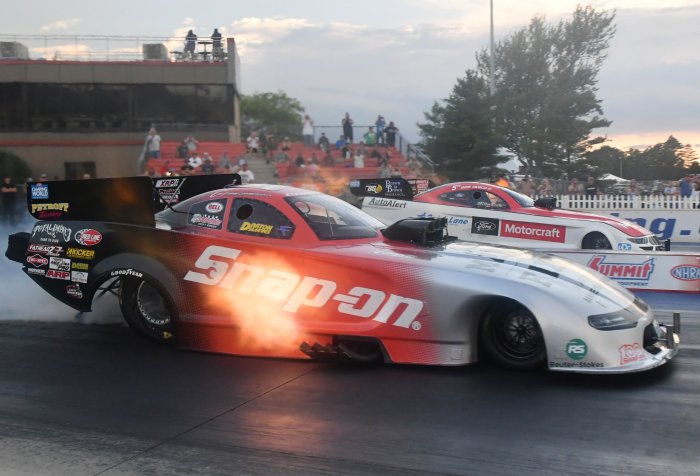 We don’t often talk about Cruz Pedregon when discussing the NHRA Funny Car class, as he is not a member of the successful Don Schumacher Racing team that has dominated the series for the past few years. However, Pedregon has been consistently improving over the past few years and this past weekend, he got his first win in his Dodge Charger SRT Hellcat funny car and his first event win since 2018. The two-time NHRA champion drove his Pedregon Racing Snap-On Tools Charger Hellcat funny car from the 10th qualifying spot to the class win in the Summit Racing Equipment Nationals in Norwalk, Ohio. 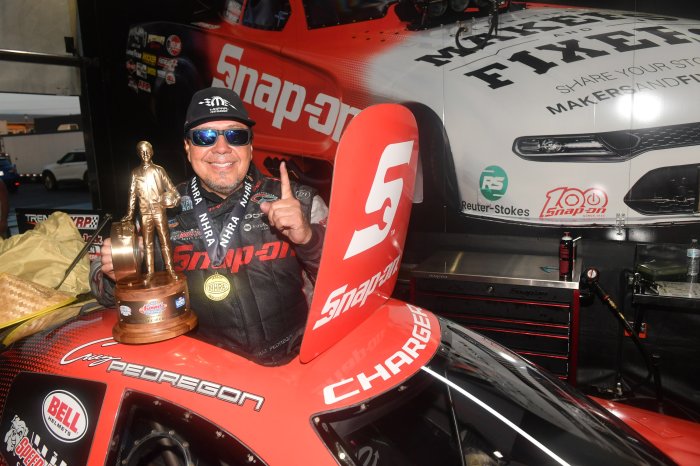 “We have been prepping for a winning season, putting in so many hours and there’s nothing quite as rewarding as coming out on top and holding up that trophy at the end of a race weekend. What a great job John (Collins), Rip (Reynolds), and the team did to get us ready for this race,” said Pedregon. “What a real triumph for us all, especially after the 2020 season. We really appreciate our sponsors and great fans for sticking with us and giving us the additional boost of confidence we needed. That support is what makes it all possible.”

Charger Hellcat Drive to the Win

After qualifying in the 10th spot for the Summit Racing Equipment Nationals, Cruz Pedregon and his Snap-On Tools Dodge Charger SRT Hellcat funny car took on Tim Wilkerson in his Ford Mustang. The Mustang held the starting line advantage (.050 to .067), but when Wilkerson ran into troubles, Cruz blasted to a first round win with a 3.973 at 326.48 miles per hour.

In the second round, Pedregon took on 2019 champion Robert Hight in his John Force Racing Chevrolet Camaro, who qualified in the second spot. Once again, Cruz trailed on the tree (.057 to .072), but in a great head-to-head drag race, Pedregon ran a 3.959, beating Hight’s 3.986 to advance to the semifinals.

In the semis, Pedregon took on the Toyota of Alexis DeJoria and this time, Cruz grabbed the starting line advantage (.091 to .115) and although DeJoria actually ran a slightly quicker elapsed time (3.941 to 3.947), the reaction time advantage gave Cruz the win.

In the finals, Pedregon and his Hellcat Charger took on Bob Tasca III in his Ford Mustang. Cruz saved his best reaction time of the event for the finals, giving himself a starting line advantage that played a key role in his win. Cruz beat Tasca by a margin of .053 to .100 and on the big end, the Charger ran a 3.958 while the Mustang ran a 3.913. The Ford funny car ran the quicker ET, but thanks to the big hole shot advantage, Pedregon got his first NHRA Funny Car win since 2018. You can watch the final round race in the video below.

“(Winning) is not why I drag race, but this’ll keep me drag racing. It’s a good team and I felt like I was kind of holding my team back a little, but I dug deep. You work your way into winning again and these guys taught me to get back into that winning. It feels good to be back at it. This win means that I’m as good as the car, and I know I have a good car, so I think I can be there for the car as well and win more races.” 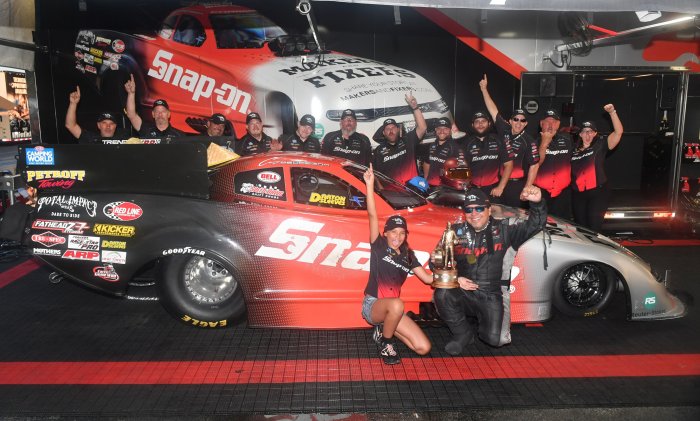 Don Schumacher Racing drivers Ron Capps and Matt Hagan both had a great qualifying run, with Capps grabbing the top spot and Hagan sitting third to start eliminations in their Dodge Charger SRT Hellcat race cars. In the first round, Hagan ran a 3.948 to beat Jim Campbell while Capps ran a 3.949 to beat Dale Creasy. In the second round, Hagan ran into problems and lost to Alexis DeJoria, but Capps beat JR Todd to advance to the semis. 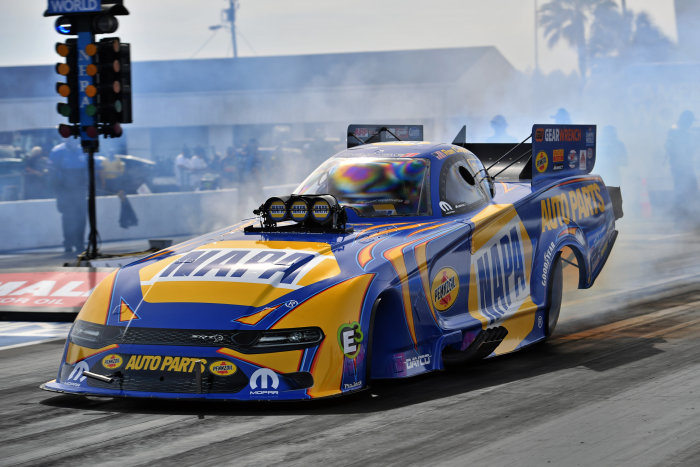 Unfortunately, Capps run up the ladder ended in the semis when he lost a close drag race with Bob Tasca III, losing with a 4.013 to Tasca’s 3.924.

Bob Tasca III currently sits in the top spot in the championship run for the 2021 NHRA Funny Car title, leading John Force, JR Todd, Robert Hight and Ron Capps – who currently sits fifth, 137 points back of the leader. Matt Hagan is sixth, 156 points out of the lead, and Cruz Pedregon is seventh, 173 points behind the leader with 13 events left on the 2021 season.