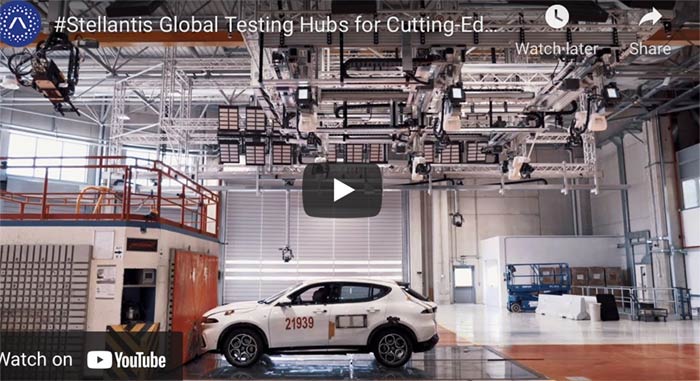 Stellantis is investing around €33 million in upgrades to the Auburn Hills and Orbassano test centers. In Auburn Hills, a wind tunnel is being upgraded to have a moving ground plane. The successful Dodge Truck NASCAR effort involved, among other things, renting a moving ground plane wind tunnel. This project will cost nearly €30 million, but will allow the measurement of ventilation drag (resistance from wheels and tires in motion), which may be up to 10% of total aerodynamic drag. The existing wind tunnel at Auburn Hills can generate wind speeds of up to 140 mph.

The Orbassano Safety Center, near Turin, Italy, is being upgraded with four test tracks to help test battery-electric vehicles and automated driving technologies. Among other tests, Orbassano replicates the IIHS passenger-side small overlap crash tests, with 13 cameras tracking the impacts from outside and five on board the test vehicle. The resulting data is integrated into computer models.