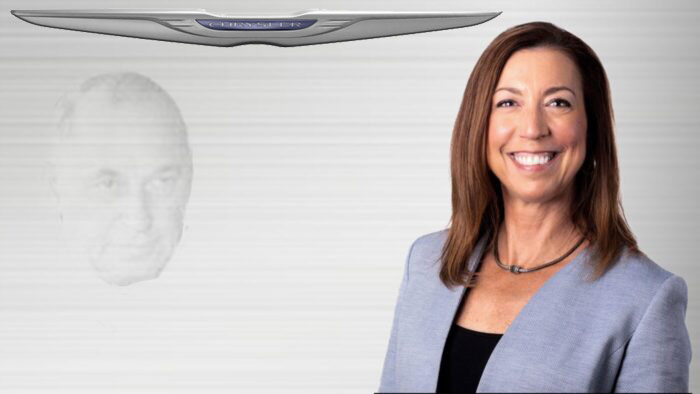 Erick Lawrence of the Detroit Free Press, or Freep as it’s commonly known, recently did an interview with Chrysler CEO Christine Feuell. She referred to a future expansion or revitalization of the brand, which dates back to 1924. The original Chrysler car was built off pioneering work by Frederick Zeder, Owen Skelton, and Carl Breer when they were at Willys, and then, funded by Walter Chrysler, when they ran an independent engineering firm. The car had its final development when Walter Chrysler asked them to join Maxwell Motors to bring it to production.

Feuell said she was brought in as the brand’s chief executive as the result of a Stellantis search; she did not lobby for the job.

First, she pointed out that the Chrysler Airflow concept was not intended for production as shown; she would not be drawn into saying that the Airflow would be made in 2025, but did say “a large utility vehicle is planned” for Chrysler between 2025 and 2028. She did not confirm or deny that the name would remain.

Some have read into her remarks the idea that Chrysler would produce a new generation of 300 and Pacifica, but she did not specifically say that; indeed, in all her interviews, she was careful not to be specific about what is coming. To the Freep reporter, she said that, in their current large sedan and minivan segment, they will add new vehicles:

… but we’re rethinking the entire portfolio in the segments that we play in because I don’t want to just freshen existing products, I want to completely transform both the product and the segment that we’re launching products in. …

She acknowledged the name recognition of the 300, while suggesting that further gasoline-powered versions may not be in the future, and that they may lose some existing customers in the transition but will gain more new people. The future seems to hold “a new vehicle that replaces the 300 with a fully electrified platform” and various integrated technologies. She added, “we want to grow incrementally and not just cannibalize from the existing portfolio.”

Feuell added that they planned to add new nameplates to Chrysler by 2028, and would not commit to where they would be made. She also nailed down Chrysler’s brand positioning: “affordable luxury in the mainstream market.” That includes having battery-electric vehicles that are “accessible to the mainstream customer.”

More specifically regarding the minivan, “We’re not planning to abandon the segment. Chrysler created the segment, and so my intention is to rethink how we both design and execute on a new minivan product that is not just a me-too but redefines the minivan segment for the future.”

She also said that Chrysler was “one of the three emotional pillar brands for Stellantis” (as per Carlos Tavares), presumably along with Peugeot and Fiat—defined as the brands that go along with the former company names. Therefore, they are going to truly invest in rebuilding the Chrysler brand.

Overall, one gets the impression that the 2020s will be very good for a Chrysler which has been starved of product.