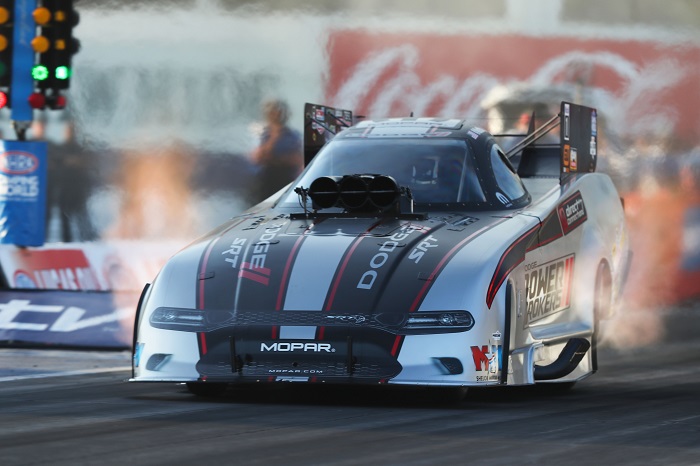 This past weekend, the NHRA Camping World Championship Series drivers headed to Arizona for the second event of the 2022 season. The Arizona Nationals was also the second event for the new Tony Stewart Racing team and while they still haven’t pulled down an event win, Matt Hagan drove his Direct Connection/Power Brokers-sponsored Dodge Charger SRT Hellcat funny car to a runner-up position, losing to the Chevrolet Camaro of rival Robert Hight in the final round. 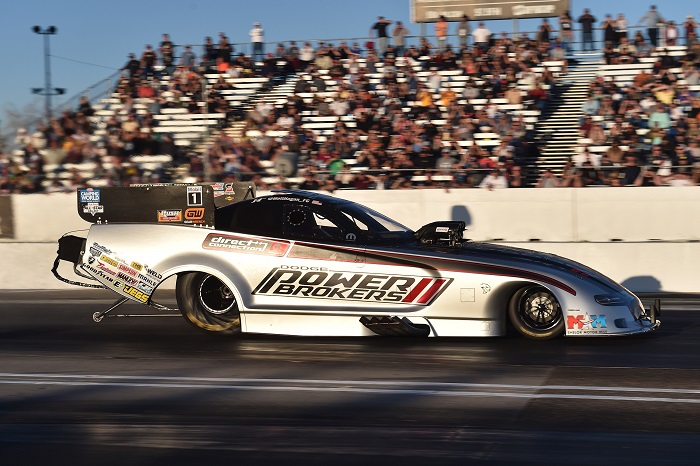 In the first round of qualifying, Hagan turned in a 3.859 at 324 to take the fourth spot, but the Camaro drivers of Robert Hight and John Force held the top two spots with a 3.838 and a 3.851 while Tim Wilkerson’s Ford Mustang was third. Capps and Cruz Pedregon both had junk runs in the first round.

In the second round, Pedregon ran a 3.876 to move into the fifth spot and Capps’s 3.896 was good enough for the sixth spot in Q2, but none of the top four positions change from Q1. 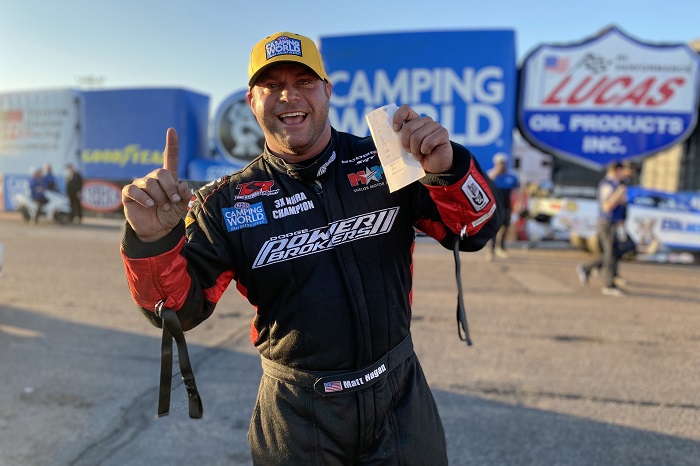 In the third round, Matt Hagan ran a 3.823 at 333 miles per hour, jumping into the top spot on the ladder, pushing Hight, Force and Wilkerson each down a spot. Meanwhile, Pedregon still sat fifth and Capps was sixth headed into eliminations.

The first round of Arizona Nationals eliminations went well for the key Dodge Charger drivers. Hagan beat Terry Haddock, Pedregon beat Jeff Diehl and while running the quickest ET of the round, Capps beat Jim Campbell. Unfortunately, it went downhill from there for Dodge drag racing fans. 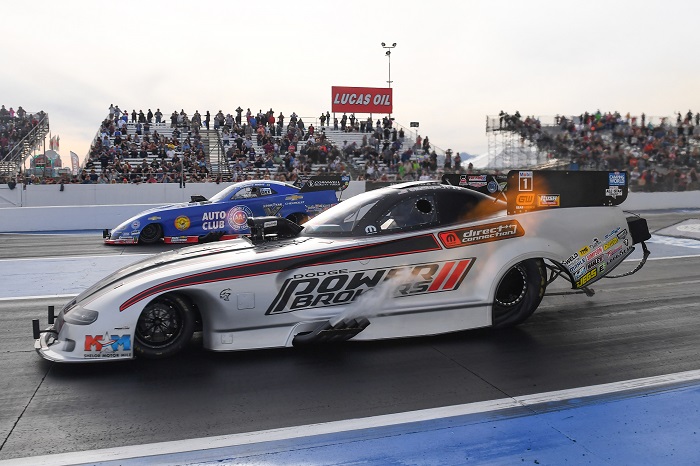 In the second round, Capps went quicker than John Force but lost because he had a much worse reaction time (.052 to .121). Pedregon had a strong run but lost to Wilkerson’s Mustang in a close drag race. Fortunately, Hagan beat Alexis DeJoria, sending his Dodge Charger into the semifinals, where he would take on Tim Wilkerson.

In the semis, Robert Hight beat his boss, John Force, in a battle of Chevrolet Camaro race cars when Force had issues mid-run. Hight ran a 3.847 on that pass after running a 3.855 in round two, both of which were the quickest elapsed time of the round. On the other side of the bracket, Hagan beat Wilkerson on the tree (.073 to .094) and won with a slower time (3.875 to 3.857) to advance to the finals.

The finals saw Matt Hagan in his first funny car final round in a Tony Stewart Racing Dodge Charger taking on Robert Hight in his John Force Camaro – fresh off of a win in the first event of the season. In addition to the momentum from the first event, Hight came into the Arizona Nationals final round having made the quickest pass in the first in the previous two rounds, so Hagan had his work cut out for him. 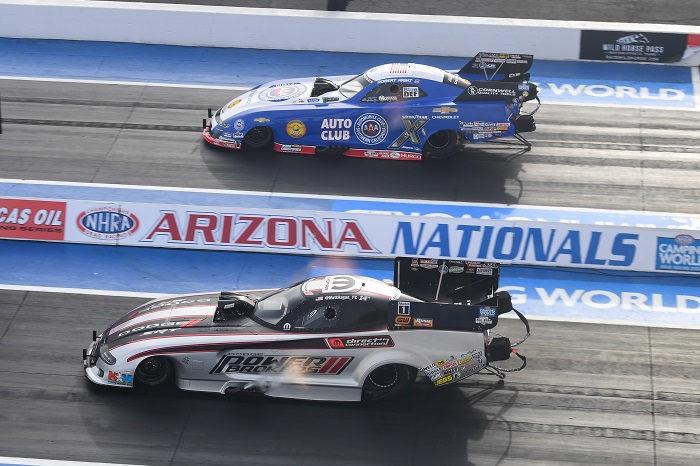 Hagan had a strong starting line advantage, beating Hight on the tree (.064 to .080), but when his Charger drifted out of the groove on the big end, he lifted and Hight’s Camaro roared to win number two on the season.

Over in the Top Fuel ranks, Leah Pruett had another rough outing in her Direct Connection/Power Brokers-sponsored Tony Stewart Racing rail. After qualifying in the ninth position, Pruett lost in the first round to Josh Hart.

The third event of the NHRA season is the Gatornationals in Florida, on March 10th through the 13th.