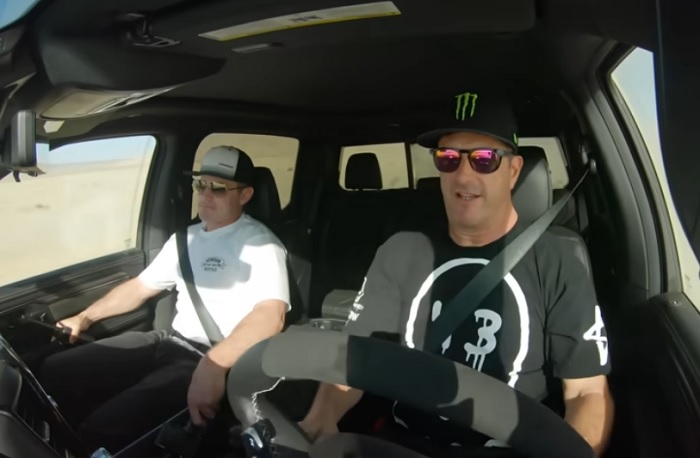 For many moons, Ken Block served as a brand ambassador of sorts for Ford Motor Company, often plugging the F-150 Raptor, but the original Hoonigan has moved onto the far-more-powerful Ram 1500 TRX. Block helped to tease the debut of the new Sandblast Edition TRX and after that new appearance package was introduced, the legendary off-road racer made a YouTube video where he puts the supercharged Ram 1500 through the paces in some of the most grueling terrain in the world.

Ken Block used his Instagram account to tease the debut of the 2022 Ram 1500 TRX Sandblast Edition and after the vehicle debuted, he shared an array of images and short videos showing his time with the most powerful production truck in the world. He even swapped to aftermarket wheels with Toyo Tires (one of his key sponsors), adding his own personal touch before tearing around the harsh desert with the Sandblast Edition TRX. 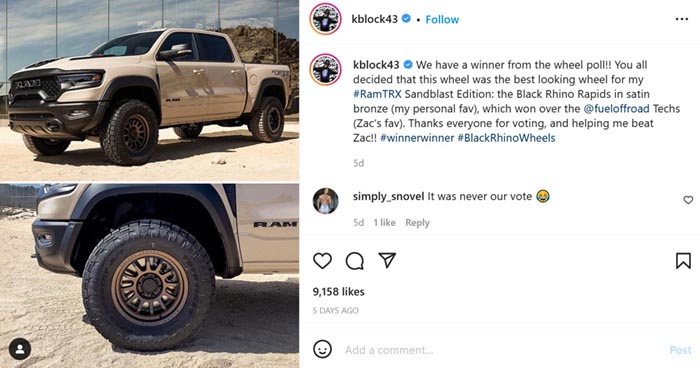 You can check out all of those images and short videos by visiting Block’s Instagram channel, scrolling past some footage of his Porsche Pikes Peak car or his Hyundai rallycross car. On the other hand, if you prefer to watch Ken Block’s full video of his time with the Ram 1500 TRX Sandblast Edition, we have included that below for easy viewing.