The Jeep Wrangler Rubicon 392 is the Hemi-powered off-road that many Jeepers have been asking for over the past few decades and with 470 horsepower, the call for V8 power was answered in a very proper manner. The Rubicon 392 is a high performance beast, serving as the most exciting factory-built Wrangler I have ever driven. 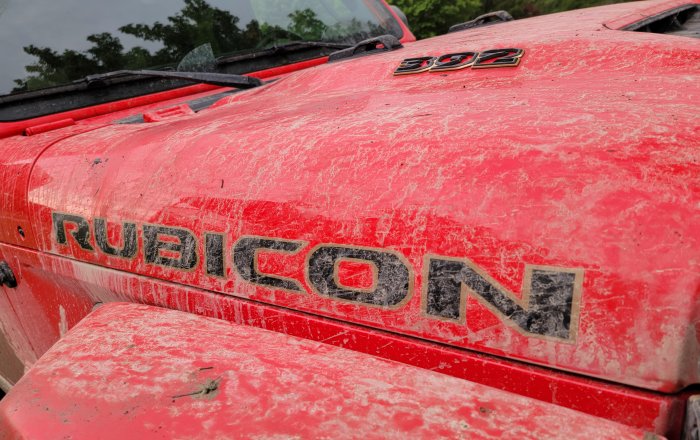 One key concern with a Jeep Wrangler with V8 power was providing enough fresh air for the hungry Hemi engine in deep mud and water. To make sure that the 392 Hemi could always breathe easily, the package comes with a unique hood with a large forward-facing hood scoop. This is how the Dodge and Jeep brands have fed their performance engines for years, but there is a problem with this approach. Owners of vehicles like the Scat Pack Charger, the Hellcat Challenger or the Jeep Trackhawk rarely have to worry about sucking in too much water or mud through the hood scoop. 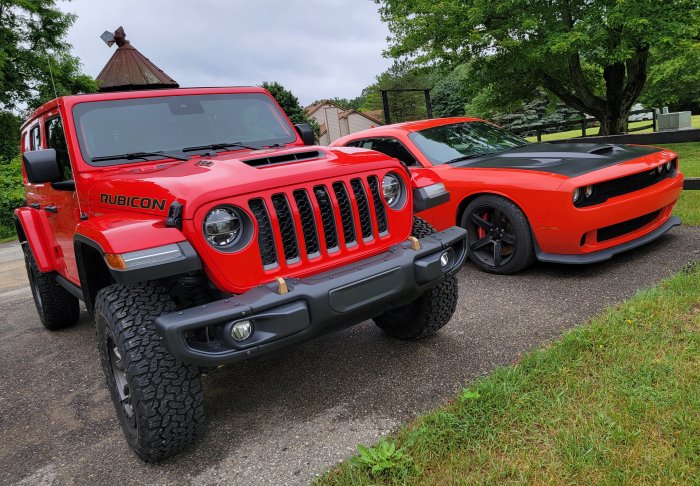 Sure, they get some water splashed into the system when driving in the rain, but the amount of rain water that actually ends up in the scoop is minimal enough that a basic water trap in the engine air intake system clears the air path of moisture.

On the other hand, the Wrangler Rubicon 392 can comfortably blast through up to 32.5 inches of water and if you hit more than a foot of water at speed, you end up with a wave of slop splashing up across the hood. When this happens, lots of mud and water goes into the hood scoop, but even when muddy water is literally pouring into the front-facing scoop, none of it gets into the engine. This is thanks to the Hydro-Guide system and while recently testing the Rubicon 392, I got a great firsthand look at how well that system works. 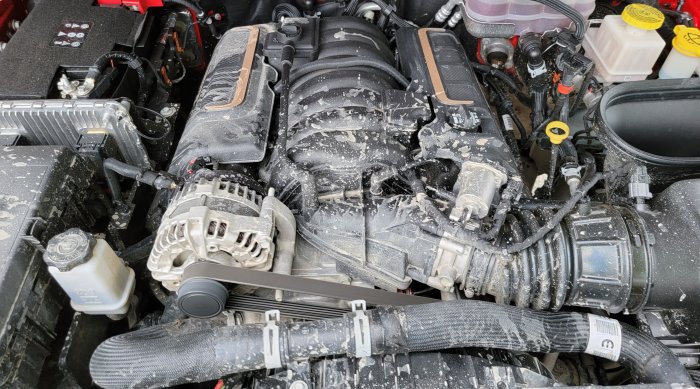 Getting the Wrangler Really Muddy

During my week with the Jeep Wrangler Rubicon 392, I didn’t go to an off-road park to test the mud-slinging prowess of the 470-horsepower SUV. 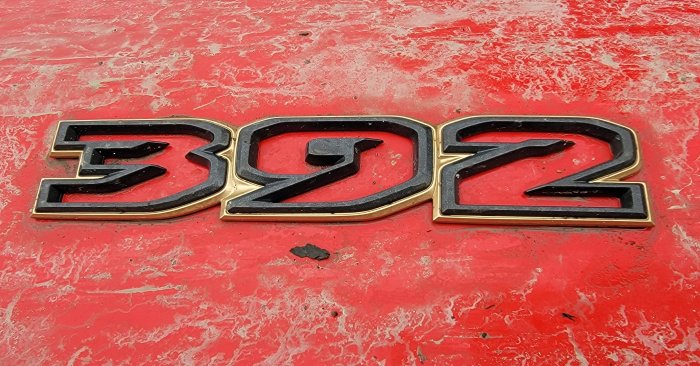 Rain pounded my area in the days leading up to my week with the Wrangler 392 and as a result, the local unpaved roads were in rough shape. In most places, the roads with thick with mud with deep ruts being carved across the footing from rushing runoff. Also, there were low-lying areas that were badly flooded, resulting in several inches of runny mud being piled up on the road. 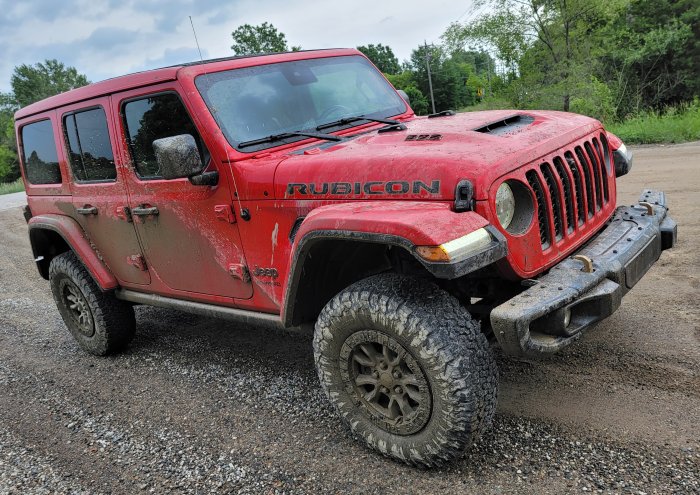 I didn’t do any actual off-roading because the local roads provided me with all of the questioning footing needed to test the Wrangler Rubicon 392. The V8 Jeep handled everything without any issue, including some high speed puddle jumping that resulted in a wave of water flowing up across the hood. I didn’t think anything of it until I stopped to take some pictures, at which point I saw the amount of mud caked around the entrance to the hood scoop. The 392 never missed a beat during my escapades in the mud, but I was concerned about what may have been sucked into the engine air intake system. 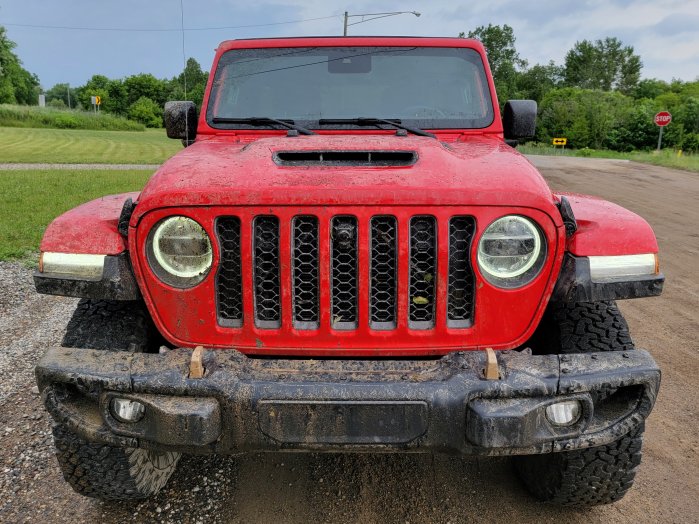 When I opened the hood of the Jeep Wrangler Rubicon 392, I was shocked at the amount of residual mud that had already dried throughout the engine bay the engine bay, but the final section of the engine air intake system, which becomes exposed when the hood is open, was completely spotless inside. You can see that portion of the intake system below. 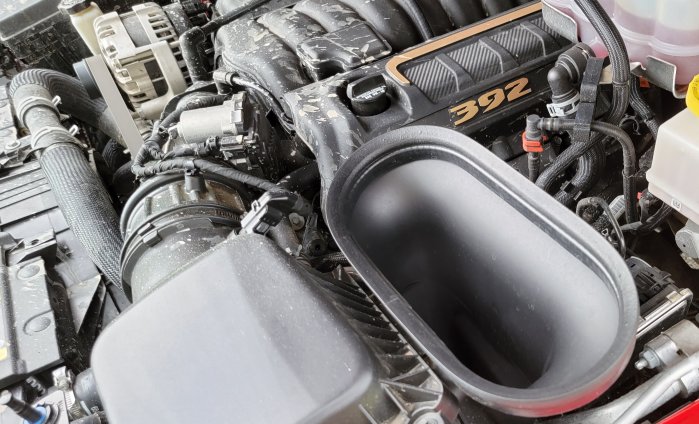 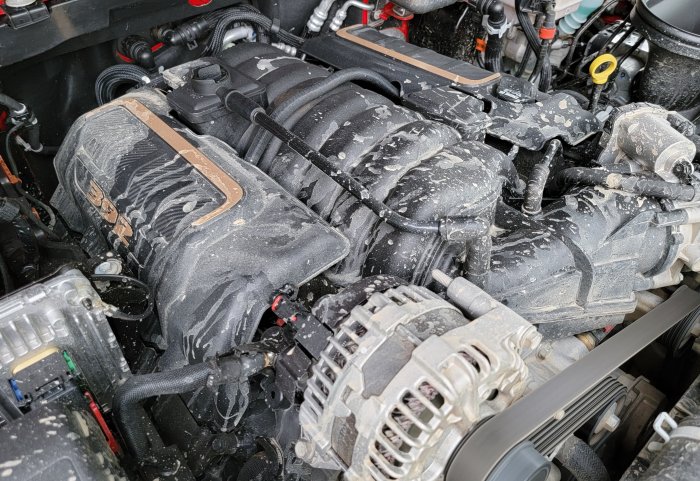 For comparison, I have included an image of the engine bay when it was clean, which shows how the Hydro-Guide system channels water to the passenger’s side of the engine. 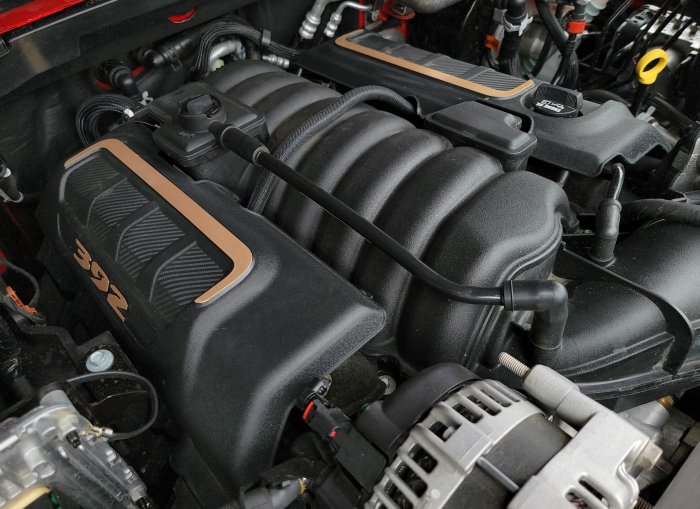 In the image below, we have added some crude arrows to show how air and water are directed differently after it enters the Wrangler Rubicon 392 hood scoop. The blue arrows indicate the flow of air into the hood scoop, which may also include mud, water and other debris. The mud, water and other solid or liquid debris are all filtered to the rear of the engine bay, indicated with the green arrows. The cleaned air, indicated by the red arrows, bends around to the engine-mounted portion of the air intake system. 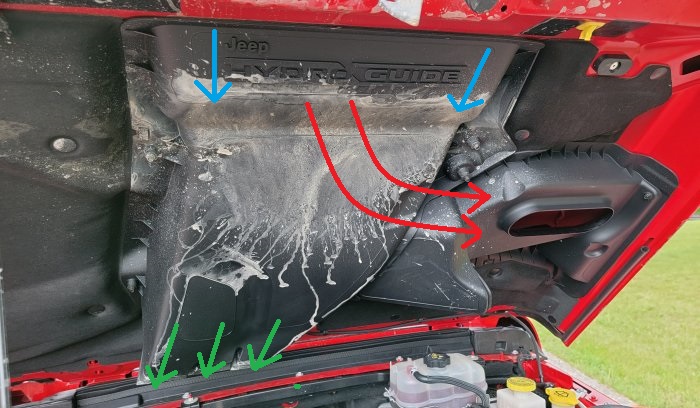 This system works flawlessly, so Wrangler Rubicon 392 owners won’t need to worry about sucking mud or water into the engine unless they are completely submerged, which will cause issues with any vehicle. The only downside is that the Hydro-Guide system makes the engine very dirty, but if you are driving your new Wrangler in mud and water deep enough to make it up to the hood scoop, the odds are good that you aren’t too worried about a dirty engine bay. 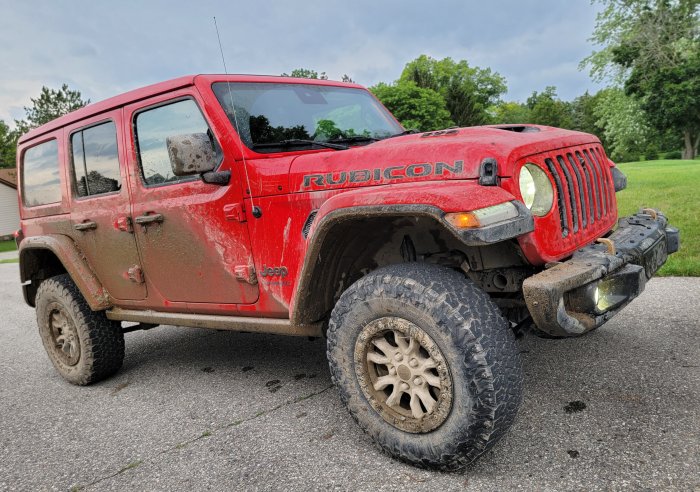 Click here for a look at my comprehensive review of the Jeep Wrangler Rubicon 392.