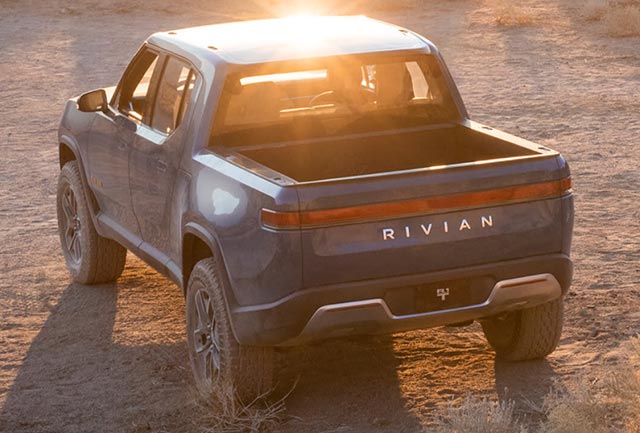 The old Mitsubishi-Chrysler joint venture, “Diamond Star Motors,” was created when Chrysler owned a hefty chunk of Mitsubishi Motors and had agreed to buy the rest. Mitsubishi’s keiretsu partners applauded the idea, since the car company perennially struggled to make a profit.

For a while, the plant pumped out vast quantities of Mitsubishi Galant derivatives, including the Eagle Talon, Plymouth Laser, and Mitsubishi Eclipse; then Chrysler, in the midst of a vast cultural change, set a course away from Mitsubishi, and the two split. Mitsubishi kept making cars in the Diamond Star plant in Normal, Illinois, but eventually Mitsubishis stopped being Normal, and the plant sat empty until Rivian purchased it to make electric delivery vans, SUVs, and trucks, all based on the same essential chassis.

Rivian beat rivals Tesla and Ford—the latter likely using Rivian’s own technology for its future F-150 Lightning—to make the first battery-electric pickups in America this week; their trucks are now rolling down the line and into the hands of customers. Amazon’s 200,000 vans will likely start production this year, as well, along with SUVs. The trucks are not cheap, starting at over $67,000; their range is 314 miles, according to the EPA, with a 400-mile version to be sold in 2022 and a cheaper 250-mile version later. All the trucks have quad motors.

Towing is rated at up to 11,000 pounds, though towing that weight cuts the range in half. The battery pack and drivetrain have an eight year or 175,000 mile warranty, while the bumper to bumper is five years or 60,000 miles.