Stellantis offers several popular hybrid electric vehicles which offer all-electric driving – including the Jeep Wrangler 4xe and the Chrysler Pacifica Hybrid – but at the 2022 Consumer Electronics Show in Las Vegas, the Chrysler Airflow Concept debuted as the company’s first all-electric concept vehicle. With this concept introduction comes the promise of a Chrysler-branded production EV by 2025, while the entire Chrysler brand lineup will be “full battery electric” by 2028. That sounds horrifying to some, but the good news is that this all-electric future is still 6 years away. 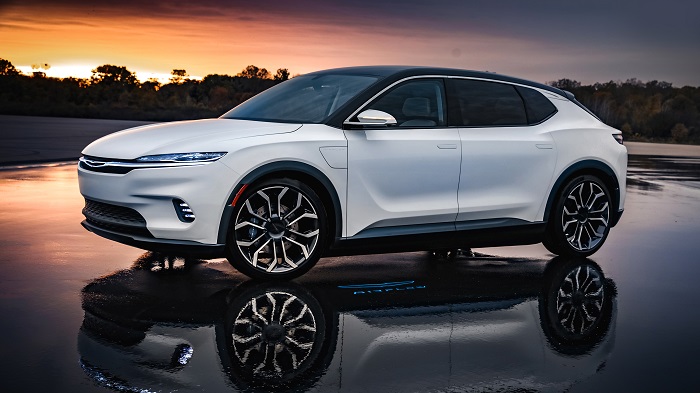 For those readers who are looking forward to a glimpse into the electric future of the Stellantis brands, the Chrysler Airflow Concept paints a bright picture. As you can see in the images here, the Airflow is a sleek hatchback, looking similar in size to the likes of the Ford Mustang Mach E and the Volkswagen ID.4. 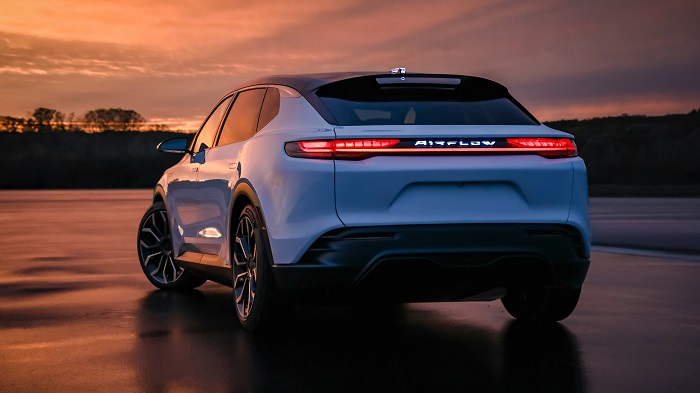 “The Chrysler Airflow Concept represents the start of the brand’s journey toward a fully electrified future. It is the result of a thoughtful synthesis of the full arsenal of Stellantis’ connected vehicle technology – inside and out,” said Ralph Gilles, Chief Design Officer – Stellantis. “The design features a decisively elegant aerodynamic exterior and a modern, sophisticated interior that takes the customer on a new level of digital delight.” 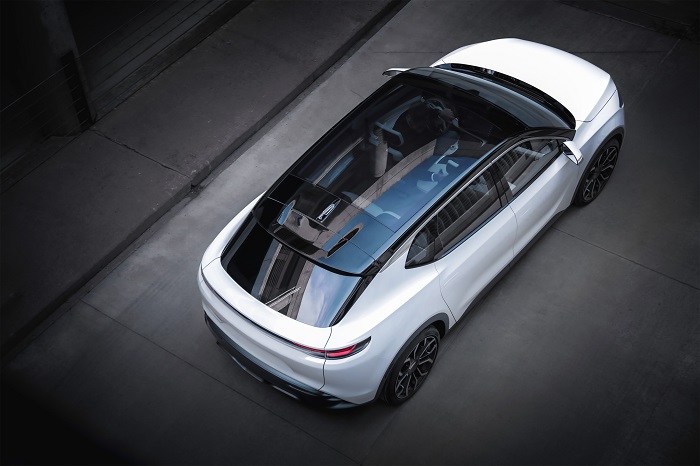 The Chrysler Airflow Concept is an all-electric vehicle with two motors – one mounted at each axle – creating an advanced all-wheel-drive system. While you can drive the Airflow like a traditional vehicle, this concept features Level 3 autonomous driving, which means that the car will drive itself, including making its way around slower traffic and making turn decisions based on navigation information. In short, you can get into the car, program your destination and the car will do all of the driving for you. 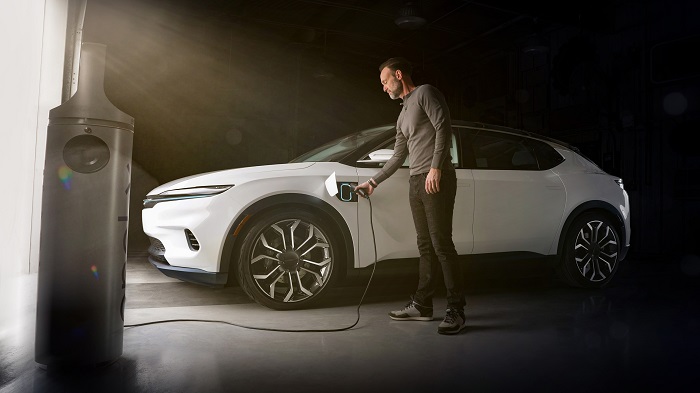 “The Chrysler Airflow Concept represents the future direction of the Chrysler brand, providing a peek at the dynamic design, advanced technologies and seamless connectivity that will characterize the full-electric portfolio we plan to reach by 2028,” said Chris Feuell, Chrysler Brand Chief Executive Officer – Stellantis. “Chrysler is an iconic American automotive brand, with a heritage in creating new advanced technologies and product segments. Our brand will serve at the forefront as Stellantis transforms to deliver clean mobility and connected customer experiences.” 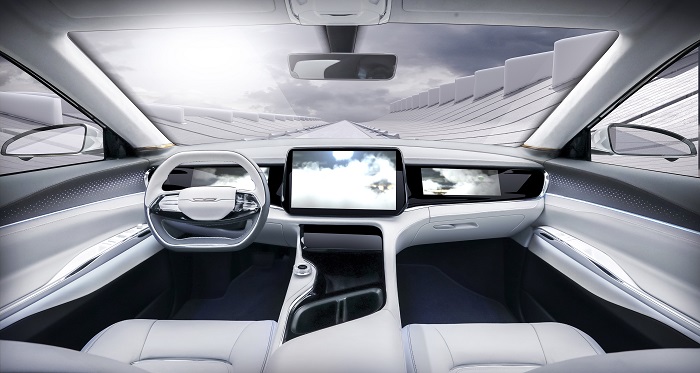 Of course, like every new vehicle on the market today, the Chrysler Airflow Concept is fully connected, with a full suite of infotainment technology and over-the-air updates to the various vehicle systems. All of this integration is built on the STLA Brain system, which oversees all aspects of the vehicle, including the components of the STLA SmartCockpit. 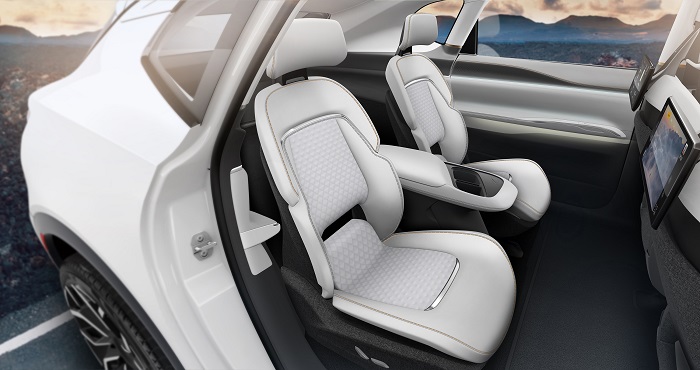 The most important bit of information on the new Chrysler Airflow Concept is the layout and output of the electric drive system. The Airflow EV will feature a pair of 150kW motors, one mounted between each set of wheels, offering a total system output of roughly 400 horsepower. The battery system is projected to offer a range of 350 to 400 miles on a single charge, which would give it a greater range than the Ford Mustang Mach E. 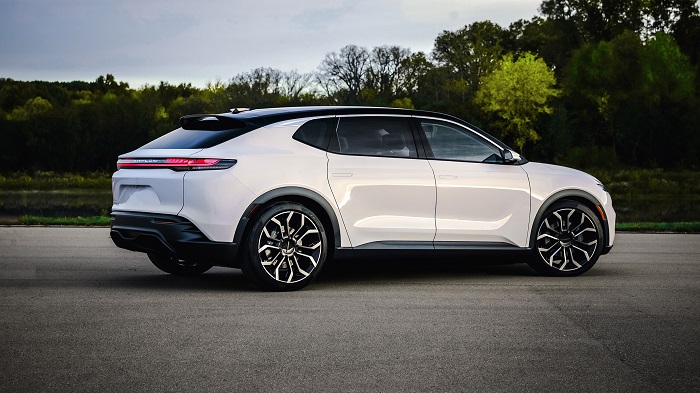 While we don’t know how much this slippery concept car weighs, we would imagine that this slippery hatchback weighs roughly the same as competitors like the Volkswagen ID.4 and the Ford Mustang Mach E. Both of those vehicles tip the scales right around 4,800 pounds in all-wheel-drive form, with the electric drive system and batteries leading to a major portion of the curb weight. On the other hand, if the Chrysler engineers can get the curb weight down below 4,000 – closer to the weight of the smaller Tesla Models – it could be even quicker.

Provided that the Airflow Concept weighs roughly the same as the AWD Mustang Mach E, it will likely be pretty quick. The Mustang Mach E Premium AWD with the Extended Range battery offers 346 horsepower and sprints from a stop to 60 miles per hour in just 4.8 seconds while the Mach E GT (standard Extended Range battery) packs 480 horsepower and can get to 60 in just 3.8 seconds. With 400 horsepower, the Airflow could dash to 60 from a stop in the low-4-second range, which is pretty solid for a non-performance model. 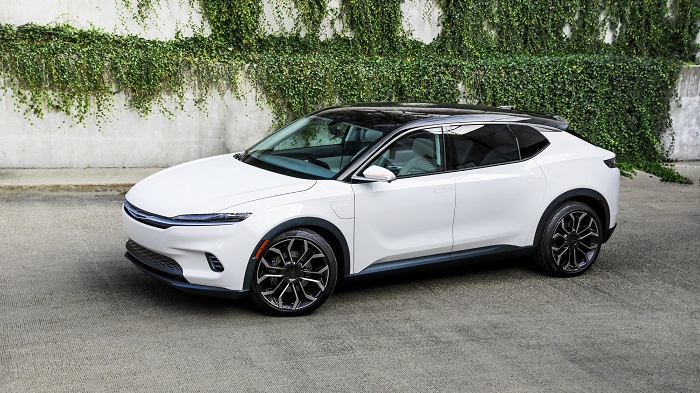 Best of all, the brief section in the CES press release detailing the drive system of the Airflow Concept points out that the vehicle is designed to accommodate larger, more powerful electric drive motors, “offering the potential for future high performance applications”. A jump up to a pair of 200kW motors would lead to roughly 536 horsepower – which is more than just about every EV on the market today. Also, even if the Airflow Concept is on the heavier end of the curb weight spectrum, 400kW worth up electric thrust should get it well into the mid-to-low 3-second range in 0-to-60 acceleration. 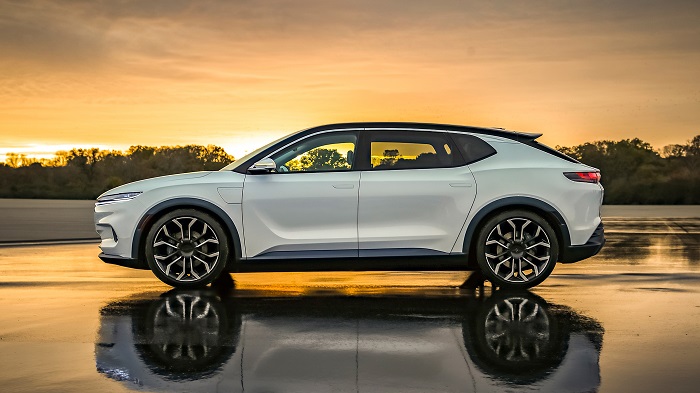 The Chrysler Airflow Concept will be on display at the Consumer Electronics Show in Las Vegas, which runs from today through Saturday, January 8th, but we can expect to see plenty more of this concept car at auto shows in the coming months. 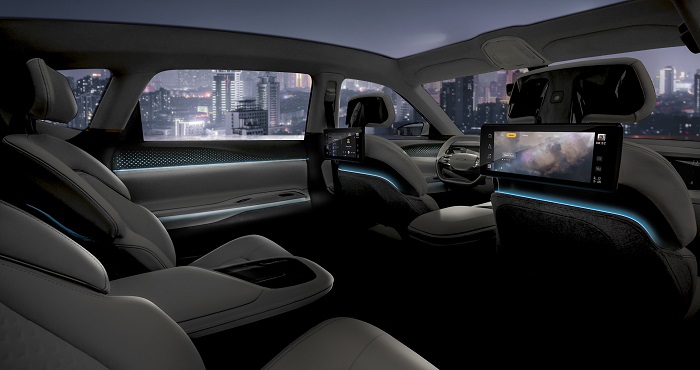 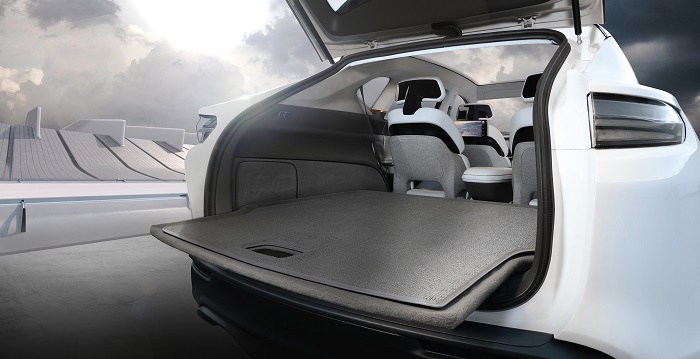 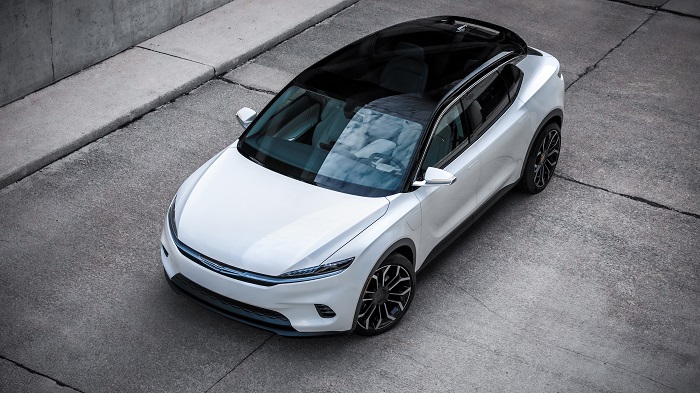 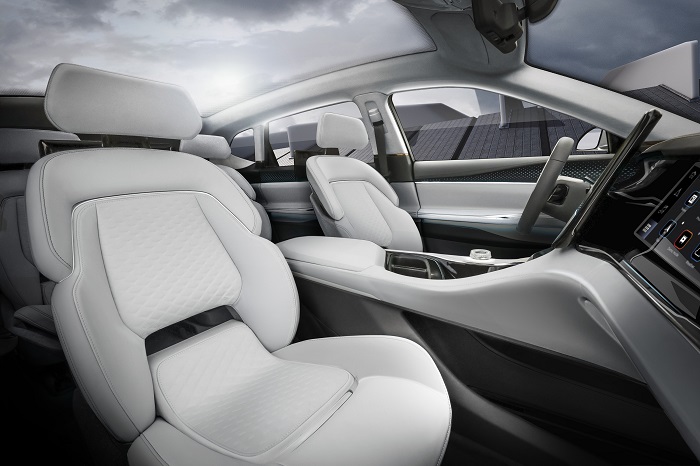