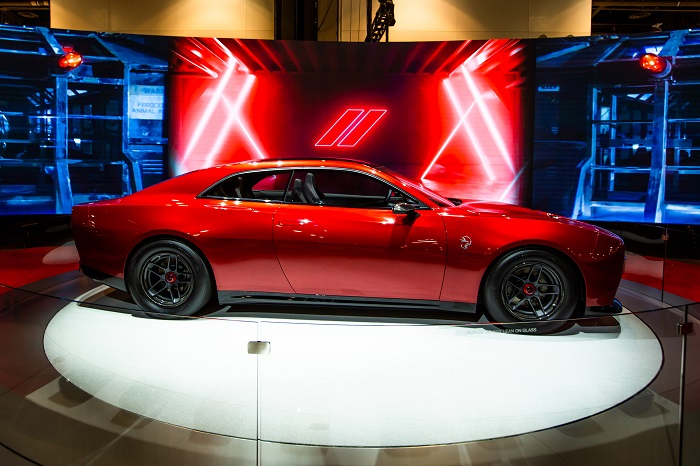 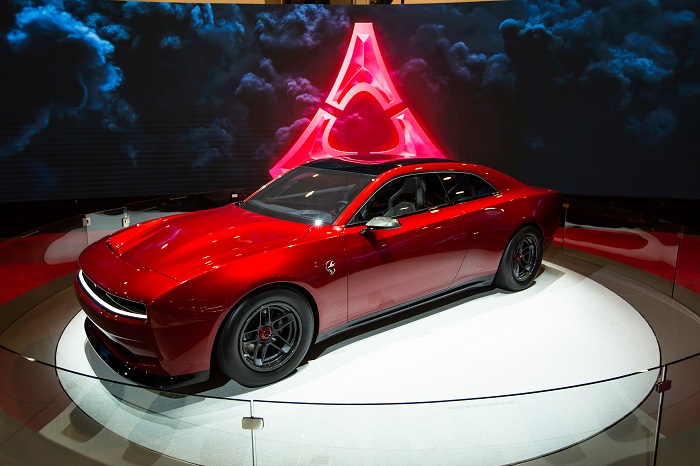 Well, now we have the first set of numbers for the car now being called the Dodge Charger Daytona Concept – which is being displayed in SRT Banshee trim. The car will be on display at the SEMA Show this week, now painted Stryker Red and fitted with lightweight wheels that are made of aluminum, titanium and carbon fiber, but a small group of media members got to see the car in red last week during a video conference with the Dodge team. 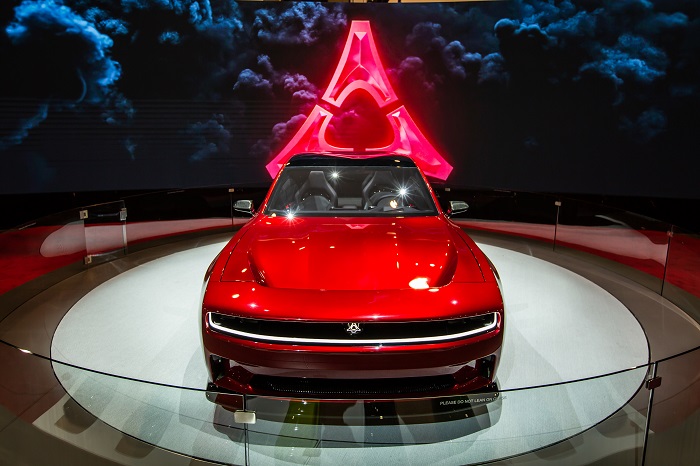 More importantly, Tim Kuniskis gave us our first look at the power levels that the brand is shooting for with the Dodge Charger Daytona BEV. While the SRT Banshee will be the most powerful option, featuring the 800-volt power system, there will be a pair of 400-volt models offered as well and those models are currently called the Charger 340 and the Charger 440. 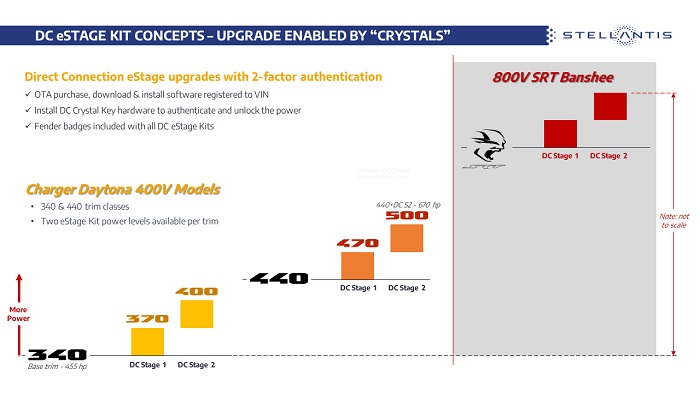 While old school Mopar fans will recognize 340 and 440 as classic engine designations for a couple of the best performing engines offered in the early era of the Charger, those numbers also indicate the output in kilowatts. Those figures can easily be converted into horsepower, so with the arrival of the concept trim names, we have our first power figures for the Dodge Charger BEV. 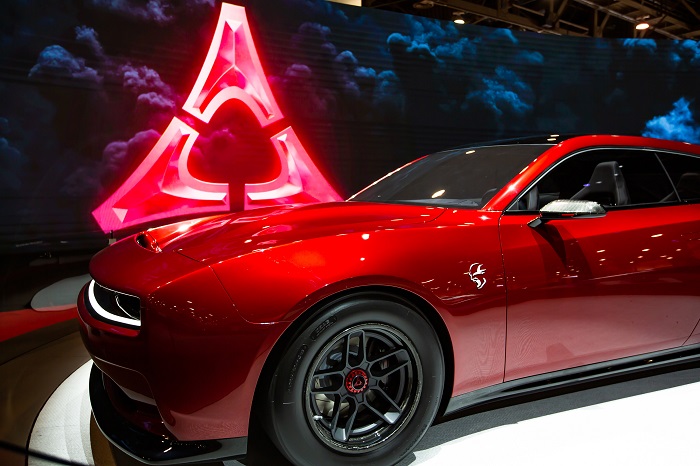 First up, we have the Dodge Charger Daytona 340 Concept, with 340 kW translating to 455 horsepower. All-wheel-drive is standard on every model and EVs tend to make monster torque, so with 455 horsepower, all-wheel-drive and a bunch of torque, the “base” Charger BEV is likely to be pretty quick in stock form. 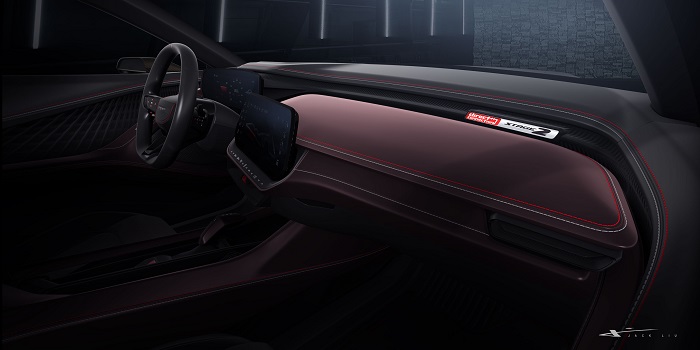 As previously mentioned, each of the three Charger trim levels will have two available upgrade kits from Direct Connection, called eStage kits. For the Charger 340, eStage 1 lifts the output to 370 kW/496 horsepower and eStage 2 leads to 400 kW/536 horsepower.

The eStage kits will also include unique badging on the passenger’s side of the dashboard and on both fenders, and this is the case for all models, even though the exterior badges are not in place on the display car at SEMA.

Next, we have the Dodge Charger Daytona 440 Concept, with 440 kW translating to 590 horsepower for this mid-level trim. When you add the Direct Connection eStage 1 kit, the output climbs to 470 kW/630 horsepower and with eStage 2, the 400-volt Charger tops out at 500 kW/670 horsepower. 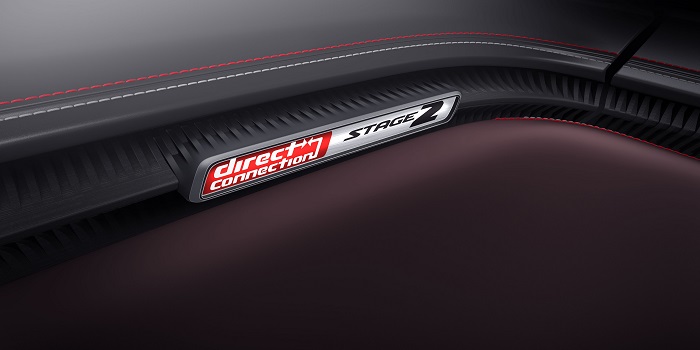 With 670 horsepower, a torque number that is likely equal to the horsepower number (if not higher) and all-wheel-drive, the Dodge Charger Daytona 440 with the eStage 2 kit will likely be just as quick as the current Hellcat cars.

The top-of-the-line trim level for the Charger Daytona Concept BEV is the SRT Banshee, which comes with the 800-volt drive system. Kuniskis didn’t provide any power numbers for this trim level, but it seems safe to assume that the SRT Banshee drivetrain output will begin where the 400-volt models leave off.

It would be interesting marketing if the Charger Daytona SRT Banshee came with 707 horsepower – just like the first SRT Hellcat. This figure would leave plenty of room for the Charger 440, even with the Direct Connection kits, while the eStage kits for the Banshee are likely to lift the power numbers up to compete with the likes of the Tesla lineup. 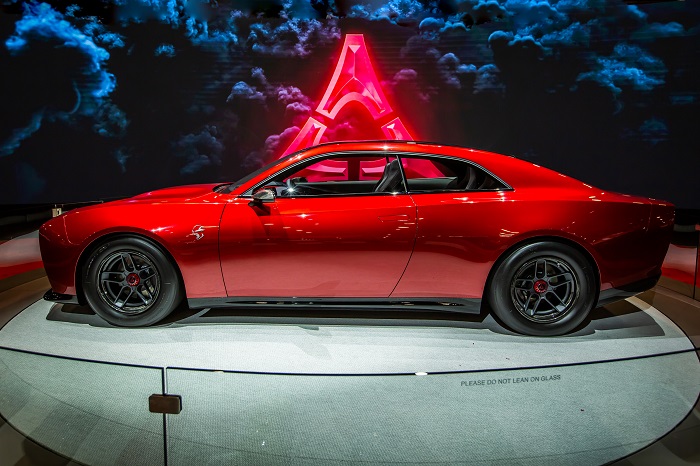