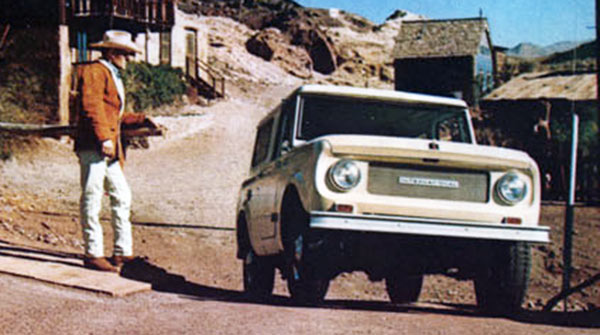 Volkswagen did not make many waves when it purchased Navistar, the truck and diesel engine maker created from the ashes of Harvester International. Then, though, Volkswagen watched Ford’s success in reviving two dead nameplates—Ranger and Bronco—making a sub-brand of the Bronco; and they watched Rivian introduce a new SUV, the R1S, which awed reviewers with its own off-road capabilities.

With that in mind, Volkswagen has revived the old International Harvester Scout name as a new sub-brand. The Scout line of vehicles will be battery-electrics with off-road capability, like the Rivian R1S; and they will rely on an old name, beloved by some and forgotten by others, attached to completely new vehicles. That is, if Reuters is to be believed.

Chrysler and International Harvester had some dealings in the 1970s and 1980s; indeed, in the 1980s, Harvester was considering using TorqueFlites and 318 V8s in the Scout. In the 1970s, Dodge had Harvester V8s as engine options in their biggest trucks, and in 1980, a few Dodge motor home chassis had Harvester 446 V8s. The CJ and Scout used the same Dana front axles and Dana 300 transfer cases. The Scout II had a Torqueflite engine option, as well.

International Harvester sold numerous businesses in the late 1980s and early 1990s as agricultural sales shrank, including construction equipment, agricultural equipment, gas turbines, and lawn and garden equipment. The agricultural division ended up as part of Case IH, leading some to believe that Fiat owned the Scout name.

The last of the International auto business was sold in 1991 to Scout/Light Line Distributors. Volkswagen entered with its truck and bus unit, now dubbed Traton, buying 17% of Navistar in 2017; they bought the rest of the shares in 2021. Volkswagen’s Traton is best known for Scania and MAN heavy trucks.

Volkswagen has approved the plan, confirming that Scout will be a separate brand—there will not be a Volkswagen Scout—with at least an electric SUV and an electric pickup. Jeep still has a good chance to beat Volkswagen to the punch, given the 2025 timeframe for the first new Scout.