The team at Mopar recently issued a press release with an extensive list of Christmas gift ideas from the brand. Mopar has a Christmas/holiday gift catalog of sorts every year and for 2022, the collection of items is pretty extensive. There is something for just about any hardcore Mopar fan from shoppers with all sorts of budgets, with items ranging from $8.95 to $625.95. 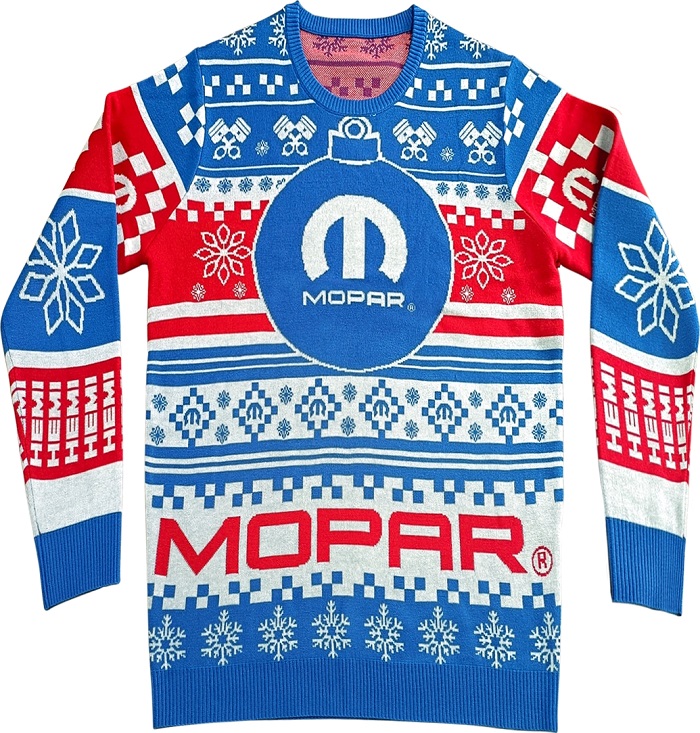 First up, if you are going to wrap some presents for a Mopar lover in your life and you want to make sure that those gifts really stand out under the tree, Mopar has rolls of branded wrapping paper available this season. It is $49.95 a roll, so the gift giver is going to really need to be serious about wrapping presents with a pricey flare, but it does look cool. 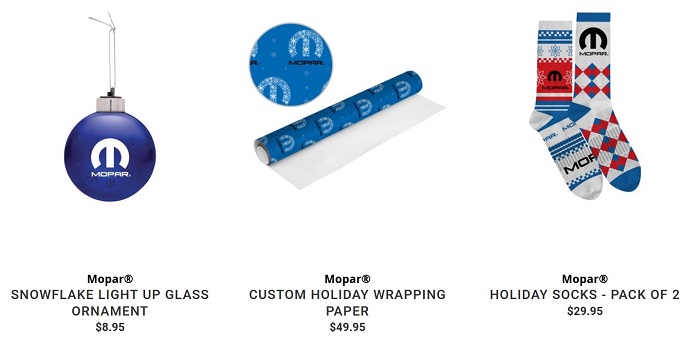 Next, the most affordable item on the list is a light-up glass Christmas ornament in blue with the Mopar logo in white. Color-changing LED lights allow this bulb to stand out on even the most heavily-decorated tree and at just $8.95, this is a nice, inexpensive gift.

The headliner of the Mopar Christmas gift list is, of course, an “ugly sweater” in red, white and blue with plenty of snowflakes, Hemi logos and Mopar logos. In past years, these ugly sweaters have only been offered in limited numbers, so they quickly sold out. If you are into ugly sweaters, you might want to act quickly on this one. It should also be noted that one of the previous Mopar ugly sweaters is still available for just $46.78, but only in large size.

In addition to the traditional ugly sweater, Mopar has a few other featured wearables that would serve as a great Christmas present for the Dodge, Chrysler, Plymouth, Jeep or Ram lover in your life. There are some outerwear options for men and women, socks, hats, a backpack and a Nike duffel bag that isn’t exactly wearable, but it relates to the backpack. 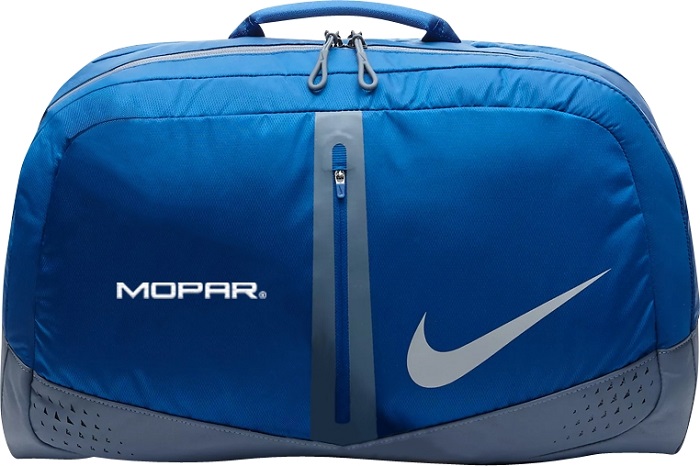 While these are the items that Mopar highlighted for this season, there are also loads of other shirts, hats, jackets and even some fuzzy slippers – all of which will make great holiday gifts for the Hemi lovers in your life.

The next group of Mopar 2022 holiday gift ideas are ideal for a man cave or anyone who enjoys showcasing their fanhood when having a drink at home. This portion of the list includes a copper drinkware set that comes with a 17-ounce bottle and 20-ounce tumbler, a 20-ounce insulated snowflake tumbler with the Mopar logo, a set of 4 16-ounce Mopar beer glasses and a small, wireless, retro-style Bluetooth dual speaker cabinet. 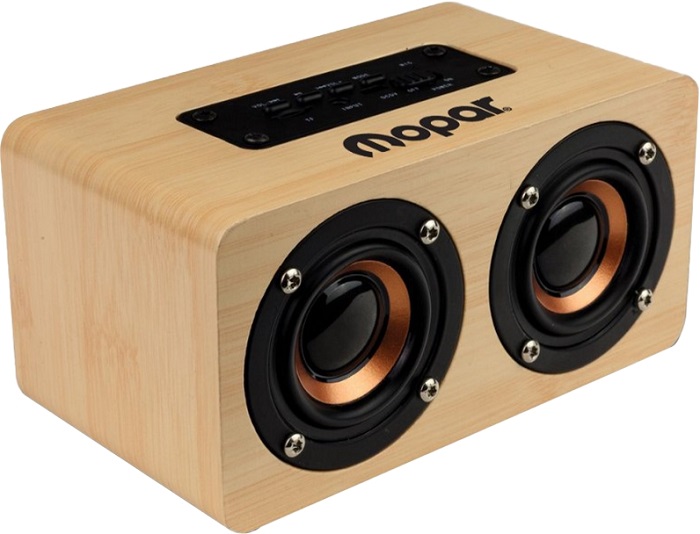 The big money item on the list also falls under this category, as the 48-quart Mopar 85th Anniversary cedar cooler would make a great addition to any home bar area, but with a price of $625. 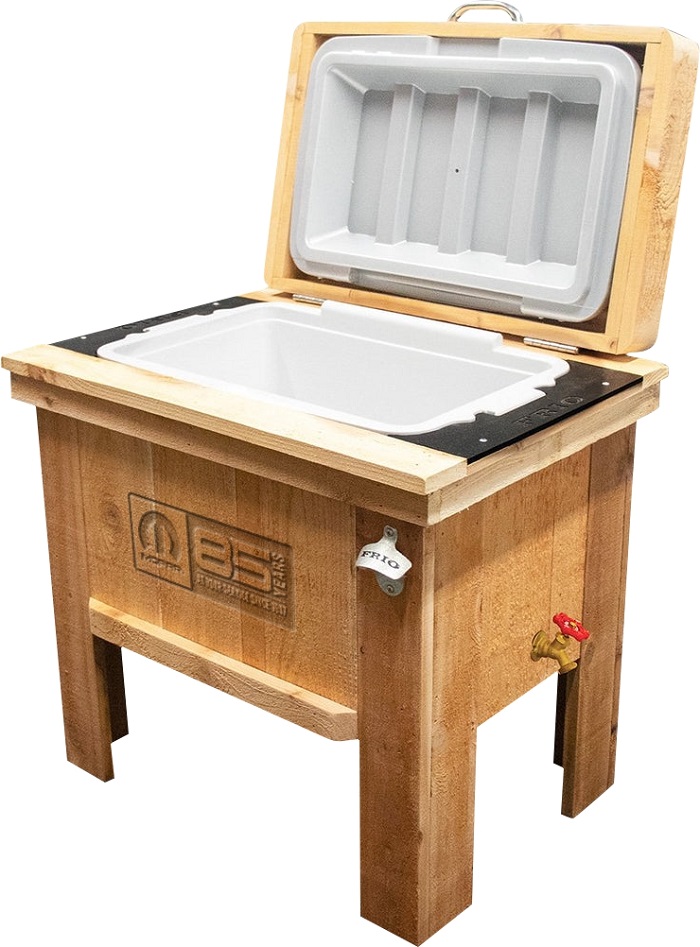 Mopar also has a list of different neon and steel signs with variations of the brand’s logo from the past 85 years.

Finally, if you want something that is a bit more active, Mopar has a few toys for the holiday season. This includes a Lego kit that features a Top Fuel Dragster and a 1970 Dodge Challenger T/A, a cornhole board set and a Mopar push-pop fidget toy.

Click here for a look at the full Mopar Gift Guide.