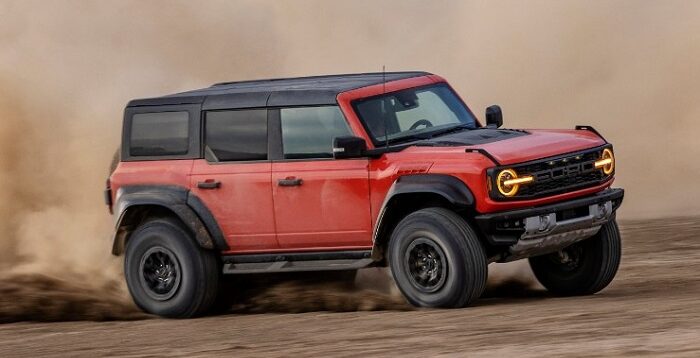 Overall, FCA US saw sales fall by 12% year-to-date from 2021, from 1,365,881 to 1,199,407 vehicles sold. Chrysler was the only brand with a net gain, thanks entirely to the Pacifica—which rose from 59,502 to 75,902 sales (including Voyager). The Toyota Sienna, which was on track to clobber the Pacifica, saw its sales falter and drop by over 40%; just 49,658 Siennas found buyers in the United States, which puts Chrysler on track to be the most popular minivan again.

As a reminder, the year to date sales for major automakers in the US are:

Ford has swept up a good deal of market share, and FCA US has lost ground to Ford, GM, and Hyundai (in that order) while gaining on Toyota, VW, Nissan, Mazda, and Honda.

GM claimed to be the #1 seller of pickups, and that’s hard to argue since they didn’t actually publish their sales charts; but Ram dropped by 16% to 363,089. Ford F-series sales are down by 13% (not counting F-150 Lightning), while Ranger is down 36%, but the company’s stocking up vehicles in parking lots which will likely all be sold quickly once parts arrive. Ford sold 467,307 F-series trucks to Ram’s 363,089—putting them closer than the historical norm.

Ram’s number was enough to easily beat the Toyota Tundra, which gained by 15% but still ended up at just 74,519 sales. Even if you through in the midsize Tacoma (175,872), Toyota’s pickup sales are not a major challenge to Ram pickups and chassis cabs. Toyota, of course, has other strengths—they’ve sold 303,341 RAV4s so far this year (down 3%), along with 164,451 Highlanders.

Jeep has sold more Grand Cherokees (172,545) so far than Toyota has sold Highlanders this year; but Jeep’s combined challengers to the RAV4, Compass, Renegade, and Cherokee, only total 121,594 sales (and it’s really pushing it to include the Renegade and Compass in this comparison). Over at Ford, the Escape had 109,311 sales, the Edge had 67,623, and the Explorer—the closest in size and spirit to Grand Cherokee—had 156,243 U.S. sales, well below the Grand Cherokee. In big vehicles, the Wagoneer and Grand Wagoneer found 39,730 buyers while the Navigator and Expedition collected 50,757—but Navigator is down 25% and Expedition is down 35%.

Speaking of stealing sales from competitors, the Bronco managed a hefty 86,387 sales, which are likely making Jeep leaders sweat given that Bronco’s had production issues and Wrangler has not one but two plants (admittedly shared with Gladiator). Jeep sold 147,156 Wranglers so far, so they are still on top, but what happens next year is unknown; Wrangler sales were down by 11%. Gladiator, which doesn’t really have a direct competitor, was down 16% to 60,268. Bronco Sport, which arguably goes up against the Compass, had nearly 80,000 sales in its second year, more than double the Cherokee and well ahead of the Compass.

Ford sold 68,333 Transit vans, plus 4,387 electric Transits. Ram sold 42,031 ProMaster vans, which may sound like a low number, but it’s the best performance the ProMaster has had versus the Transit so far—helped by Amazon’s very visible adoption of the Ram vans. Buyers will have to wait until 2023 for the electric ProMaster.

Mopar no longer has competitors for Toyota’s 214,403 Camrys or 171,556 Corollas. You could line up the Charger, 300, and Challenger against the Camry and discontinued Avalon—that yields 116,511 Dodges and Chryslers against 226,547 Avalons and Camrys. The only way to make this look good for Chrysler is go put the Avalon against the Charger.

Electric cars are an open question for many. Tesla has had six-figure sales; Ford sold 28,089 Mustang Mach-E crossovers, 8,760 F-150 Lightning pickups, and 4,387 E-Transits. GM sold 14,709 Bolts, but they are demand constrained and plan to expand production to 70,000 next year. GM has 90,000 reservations for Hummer EVs which go into production in 2023, along with electric Silverado pickups and BrightDrop commercial vans. GM plans to make up to 600,000 electric trucks per year, with BrightDrop likely biting into Rivian’s van sales since it will be available in volume earlier.  Reasonably priced Blazer and Equinox SUVs are “on schedule” for summer and fall 2023.

3 thoughts on “Mopar vs GM, Ford, and Toyota in YTD sales”