Since the Jeep brand reincarnated the Wagoneer line, the range-topping, three-row SUV has proven to be popular, but in reading comments about the Wagoneer and Grand Wagoneer, it is clear that many people don’t understand the difference between the two. Some people incorrectly believe that the Grand Wagoneer is bigger than the Wagoneer, similar to how GMC offers the Yukon and Yukon XL, but the new Jeep Grand Wagoneer isn’t bigger – it is just grander. Seriously.

We will go into the details below of how the Wagoneer and Grand Wagoneer differ, but we want to point out right away that these two big Jeeps are the exact same size. Wheel sizes and designs differ a bit between the two, and the Grand Wagoneer has some unique exterior sculpting where the grille meets the hood, but in terms of basic physical dimensions inside and out, they are identical. They both come with three rows of seats, with seating for either 7 or 8, depending on whether the buyer gets a bench seat or captain’s chairs in the second row. Also on the inside, the Grand Wagoneer comes with more standard technology that includes more screens, some larger screens and a booming McIntosh speaker system, but many of the extra screens and the speaker system can be ordered on the Wagoneer. 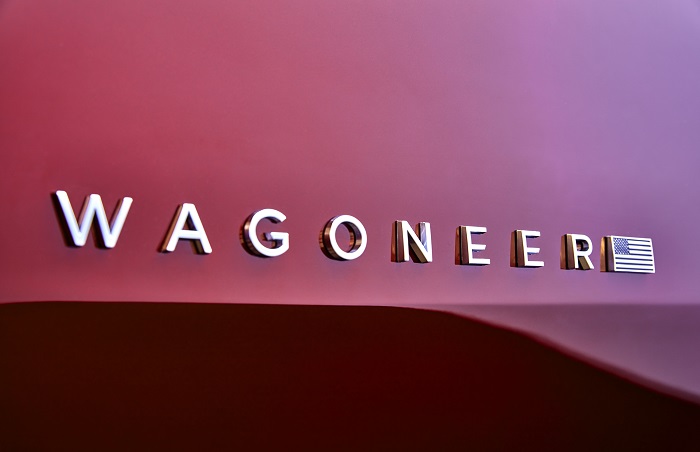 Really, when we focus specifically on aspects of the Grand Wagoneer that you cannot get on the Wagoneer, it comes down to the engine options and a few key interior details – but those few advantages for the Grander of the two definitely make for a more engaging SUV, both for passengers and the driver. 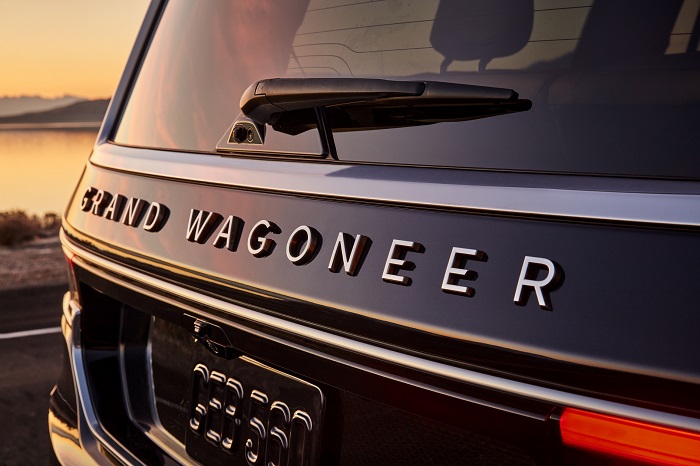 Grander Power in the Grand Wagoneer

When the Jeep Wagoneer was introduced for the 2022 model year, all trim levels came standard with the 5.7-liter Hemi V8, delivering 392 horsepower and 404 lb-ft of torque. For the 2023 model year, a new Hurricane inline-six is standard on most Wagoneer trim levels, offering 420 horsepower and 468 lb-ft of torque. If you are considering a Wagoneer for the interior space and the ability to get around in all sorts of weather conditions, but you aren’t all that worried about having gobs of power – the Wagoneer will be perfect for you. Whether you get a 2022 model with the 5.7-liter Hemi or a 2023 model with the new Hurricane twin turbo inline-six, you will find the Wagoneer to offer plenty of power in any driving situation. 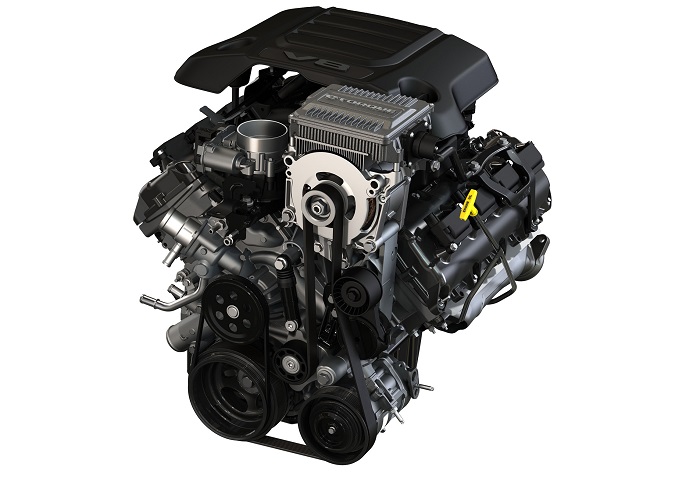 As for the Jeep Grand Wagoneer, the standard engine for the 2022 model year was the 6.4-liter Hemi, packing 471 horsepower and 455 lb-ft of torque, while the high output Hurricane inline-six joined the lineup for 2023 with 510 horsepower and 500 lb-ft of torque. If you are a driver who likes to carry around lots of power, the Grand Wagoneer will absolutely do a better job of delivering the performance-minded feel that you want. The Hemi delivers a bit less power than the high output inline-six, but it has that proper V8 rumble. That is important for some buyers, but for those who don’t care about the sound, the new twin turbo inline-six is fantastic – delivering more power and better fuel economy. 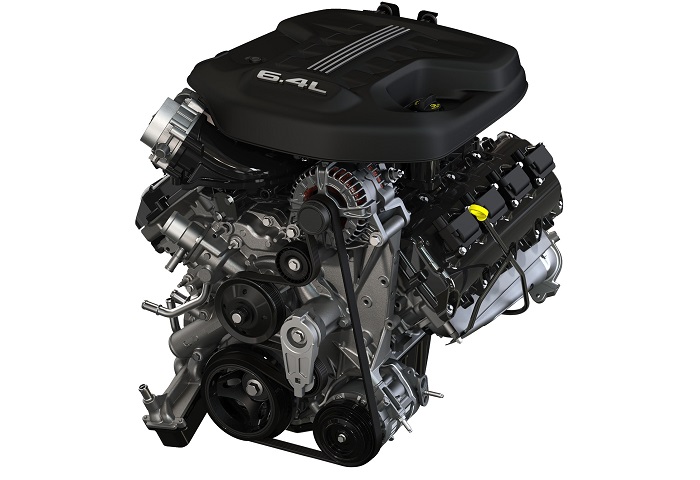 In terms of engine options, the difference between the Wagoneer and Grand Wagoneer will really only matter to those buyers who want big power. If you want big power in your big Jeep, you have to go with the Grand Wagoneer, but if power isn’t a concern of yours, don’t automatically jump on the Wagoneer. If you aren’t particularly concerned about power in your big SUV, but you are into having the best technology that the brand has to offer, read onward.

The 2022 Jeep Grand Wagoneer Series I – that is the “base model” – comes with three large screens up front and one in the second row area. Those four standard screens include the adjustable driver information gauge cluster screen, the 12-inch infotainment screen, the HVAC control screen just below the infotainment screen and the rear HVAC control screen that is mounted on the center armrest between the second row captain’s chairs. 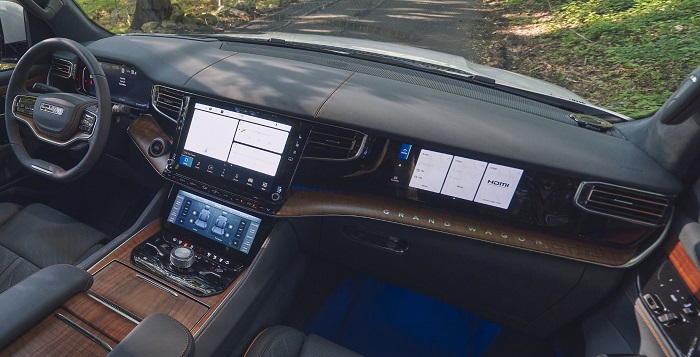 Check a few boxes – or opt for a higher trim level – and there is also a screen in the passenger’s side of the dashboard as well as one on the back of each front seat for a total of seven screens. The “base” Grand Wagoneer also comes standard with the 19-speaker McIntosh sound system, while the Series III and Obsidian models come standard with the 23-speaker system. 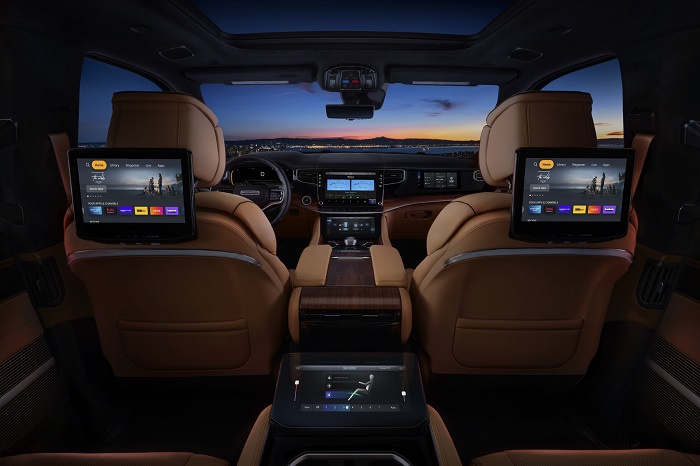 As for the Jeep Wagoneer, it comes standard with two screens – the driver information screen and the infotainment screen – both of which are smaller than the similar screens in the Grand Wagoneer. The HVAC screens of the Grand Wagoneer are not available in the Wagoneer, or is the 23-speaker McIntosh speaker system. Wagoneer buyers can order the passenger’s side dash screen and the rear entertainment dual screen system, along with the 19-speaker McIntosh sound system, but even when fully equipped, the Wagoneer has two less screens and the two most important screens are a bit smaller. 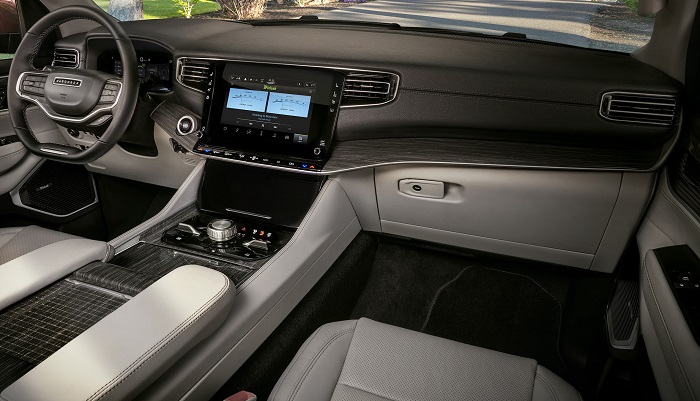 Finally, one more key feature that is standard inside of the Grand Wagoneer that cannot be added to the Wagoneer is premium seating package, complete with massage and 20-way power adjustment. The massaging seats are pretty sweet on a long drive and the 20-way power adjustment ensures that any driver can sit comfortably and get a clear view of the road. 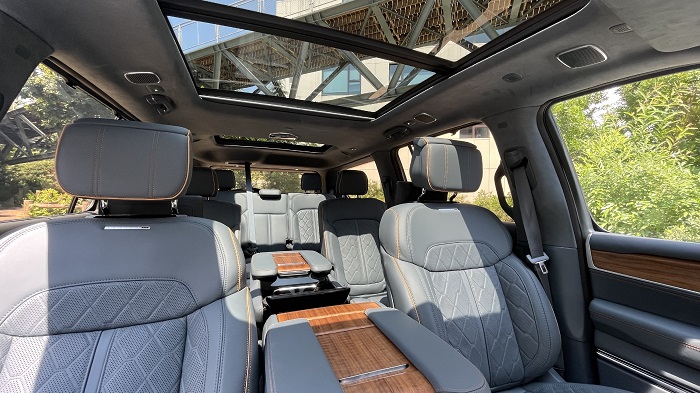 Both the Jeep Wagoneer and Jeep Grand Wagoneer are big, beautiful SUVs with loads of interior space, impressive levels of power and technology that is hard to match outside of pricey luxury brands. If you are considering buying one or the other, but you aren’t sure which fits your needs, ask yourself a few questions. 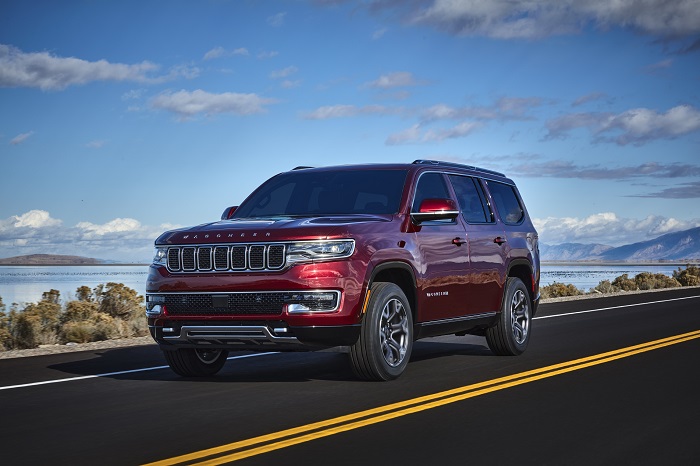 Do you care about having the most power possible?

Do you care about having the best of the best in terms of interior tech? 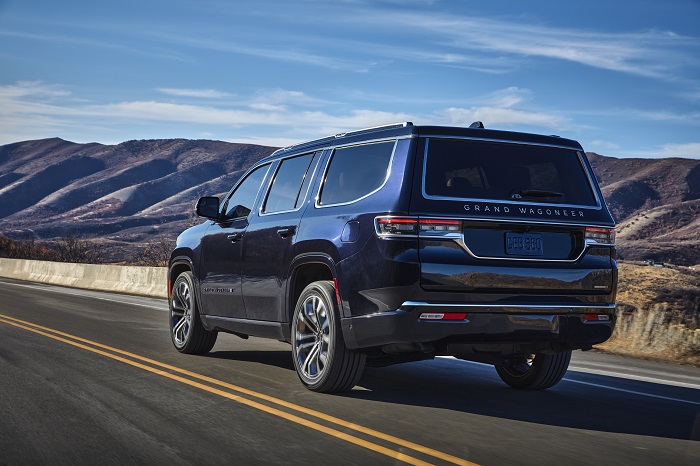 If you quickly answered “yes” to all three of those questions, then the Jeep Grand Wagoneer is the way to go. If you answered “no” to one of the first two and you are hung up on the third, I advise you to drive a Wagoneer and see if you enjoy it. If you drive a Wagoneer and a Grand Wagoneer, there is a good chance that you will get drawn into the grandiosity of the pricier model, but if you are really aren’t too focused on big power or the best interior tech, the Wagoneer offers many of the advantages of the Grand Wagoneer for a much lower price tag.

This is a misprint right t? “When the Jeep Wagoneer was introduced for the 2022 model year, all trim levels came standard with the 5.7-liter Hemi V8, delivering 392 horsepower and 404 lb-ft of torque. “

I’m waiting to see if this dual line-up with the same body works for Stellantis. My guess is they’ll all become Grand Wagoneers eventually, but the entry level price point will be reduced. Guess we’ll see.

Sounds about right to me.

That was a mouthful.