This past weekend, the 2021 NHRA Camping World Drag Series held its final event of the “regular” portion of the schedule, with 4 of the 11 drivers heading into the playoff portion of the schedule piloting Dodge Charger funny cars. In other words, there are 4 Dodge drivers within striking distance of the 2021 NHRA championship with 7 races remaining, including 2 from Don Schumacher Racing, 1 from Pedregon Racing and 1 from Jim Dunn Racing. This includes former champions Matt Hagan, Ron Capps and Cruz Pedregon, with Capps technically having the best shot at the title, as he heads into the playoffs in the top spot. 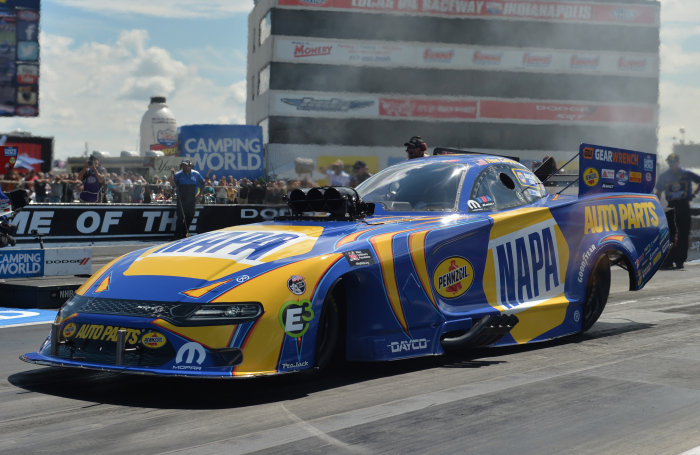 The 16th event of the 2021 NHRA season took the teams to Indianapolis for the Dodge/SRT U.S. Nationals. Coming into the final event before the Countdown to the Championship, Matt Hagan was in the top spot in the funny car points chase, with teammate Ron Capps in 5th and fellow Dodge Charger racer Cruz Pedregon in 8th. The top 10 at the end of the first 16 races head into the playoffs for a 7-race shootout for the title and fortunately, each of these Dodge drivers had secured a spot in the playoffs, but the Dodge/SRT U.S. Nationals would decide the order heading into the title run. 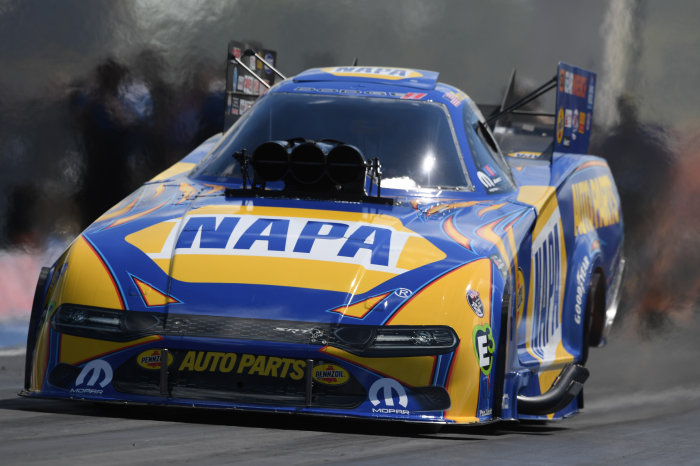 Unfortunately, due to Covid-19 safety protocol, Matt Hagan had to skip the race after being in the presence of an individual who was Covid positive. That meant that he would be unable to defend his top spot, but he was still guaranteed to make the playoffs while skipping the U.S. Nationals.

Qualifying was shortened to just one round due to hard rains, forcing Capps to start in the 6th spot while Pedregon started 4th and Jim Campbell started 12th. We don’t talk much about Campbell, but with him making the playoffs on a new rule, we wanted to highlight him in this piece. He lost in the opening round of eliminations to JR Todd, but for those who don’t know him, he is another Dodge (shown below) driver in the funny car field. 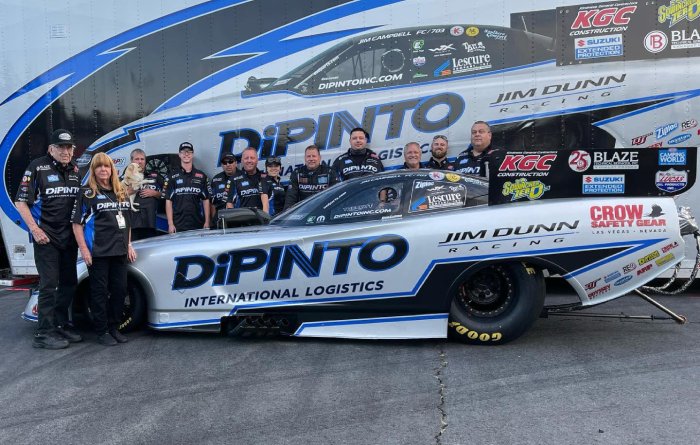 In the first round of eliminations, Pedregon beat Dave Richards and Capps beat Justin Schriefer to advance to the second round. In round #1, Pedregon beat Todd and Capps beat John Force Racing rival Robert Hight. In the semifinals, Capps and his Dodge Charger beat Alexis DeJoria and her Toyota while Pedregon’s run for the Wally ended with a loss to Tim Wilkerson’s Ford Mustang.

In the finals, Capps grabbed a small starting line advantage, but Wilkerson drove around him on the big end to take the win in the Mustang funny car.

It was disappointing to see Capps lose the final round at the Dodge/SRT U.S. Nationals in his Charger while a Ford took the win, but with that runner-up position, Capps jumped into the top spot as we head into the Countdown to the Championship.

The Countdown to the Championship

The final 7 races of the NHRA Camping World Drag Racing Series comprise the “playoff” portion of the schedule formally known as the Countdown to the Championship. Using the standings after the 16th race of the season, the points for the top 10 funny car teams are adjusted to both separate them from the rest of the field while bringing them all closer to each other. New for 2021, an 11th driver is added to the playoff group for attending every single event, which was how Jim Campbell was included in the 11th spot. Campbell did not have enough points to qualify for the title run, but in competing in all of the first 16 races, he gets the new, final spot in the playoffs. 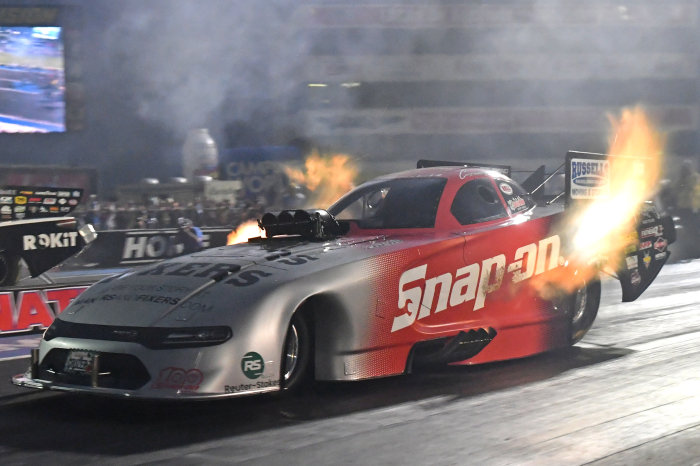 In short, the top 11 drivers can still win the championship over the next 7 races while the drivers in 12th or lower cannot. Even if 12th place driver Paul Lee won all 7 of the final races, he would still come up short. Ultimately, this program was put in place to help prevent drivers from running away with the championship early in the season, with the point reset for the playoffs giving 11 drivers a real chance at the title. 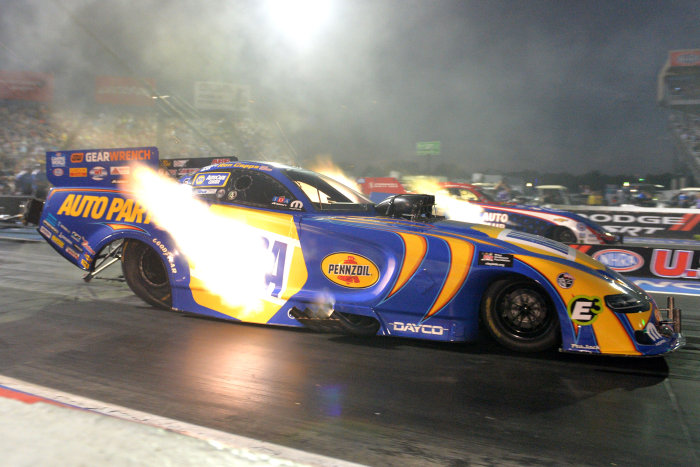 The standings heading into the title chase for the 2021 NHRA funny car class are listed below:
(Position- Driver Name- Point Total- Points Behind Leader – Race Car) Mopar Drivers in Bold

The first race of the 2021 Countdown to the Championship is the Mopar Express Lane NHRA Nationals Presented By Pennzoil, held this weekend at Maple Grove Raceway in Pennsylvania.