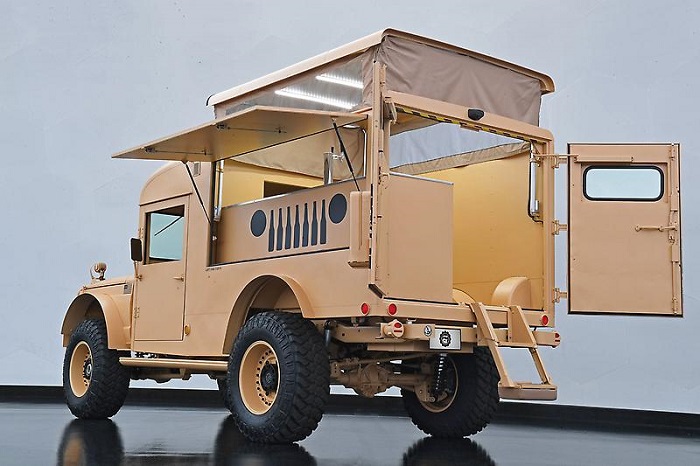 Most of the vehicles in the Mopar display at the 2021 SEMA Show are current or recent production models with upgrades from the Mopar or Jeep Performance Parts catalog. However, the Mopar team often puts together a cool classic vehicle that has been heavily modified from its stock form. For 2021, the coolest Moparized vehicle on display at SEMA is this 1967 Kaiser Jeep M275 Concept – an antique military ambulance which has been transformed into a slick trailside service vehicle, complete with coolers, beer taps and modern Hemi power.

This build began by beefing up this antique Jeep war machine to handle harsh conditions under a heavy load. The factory frame was reinforced and the leaf springs were replaced with a heavy-duty link/coil suspension system. Next, the original engine and transmission were removed and in their place is a 392 Hemi crate engine mated to a TorqueFlite 727 automatic transmission, sending 485 horsepower towards all four wheels with a heavy duty four-wheel-drive system. 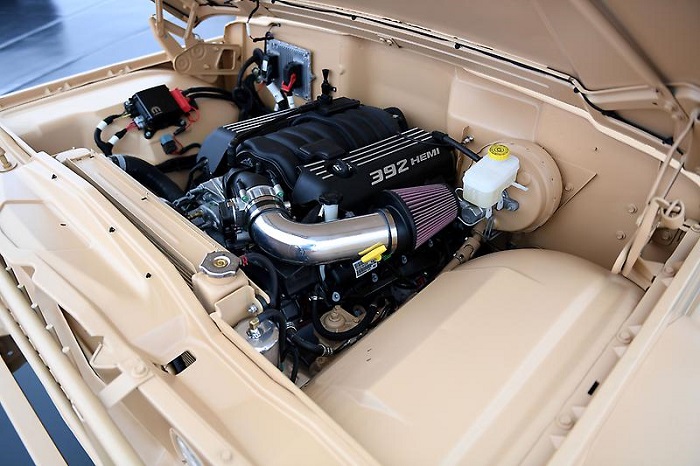 Speaking of wheels, the 1967 Kaiser Jeep M275 Concept rides on custom 20×12-inch, eight-lug Black Rhino Armory wheels wrapped with 40-inch off-road tires. That wheel-and-tire package was too big to fit under the stock body, so the team designed wider fenders, but they did so without really taking away from the lines of the classic military ambulance. Other exterior additions include modified JPP rock rails, an array of LED lights and a backup camera. 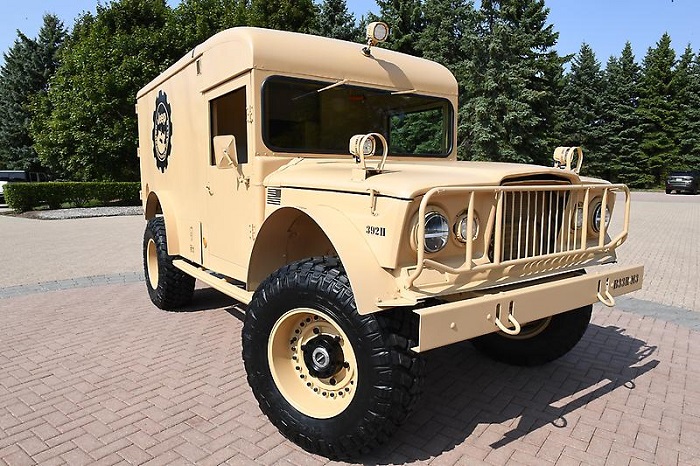 The most significant aspect of body modification is actually the roof, which has been modified with a central panel that lifts 16 inches, creating more headroom for people moving around in the area where injured troops would have been located for transport to the hospital. However, any medical support equipment that was in the back was removed to make room for the service area. 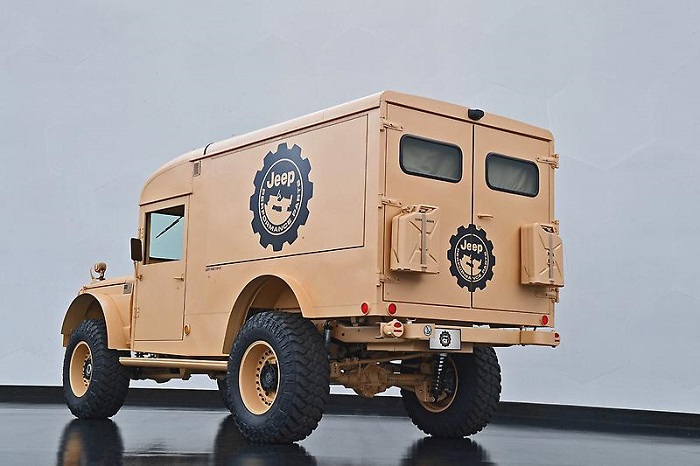 The driver’s side rear body panel swings upwards, similar to a food truck, creating a handy service window. Just inside of that service window is a countertop with a pair of beer taps, resting on a series of coolers to keep food or beverages cold while storming through the wilderness. 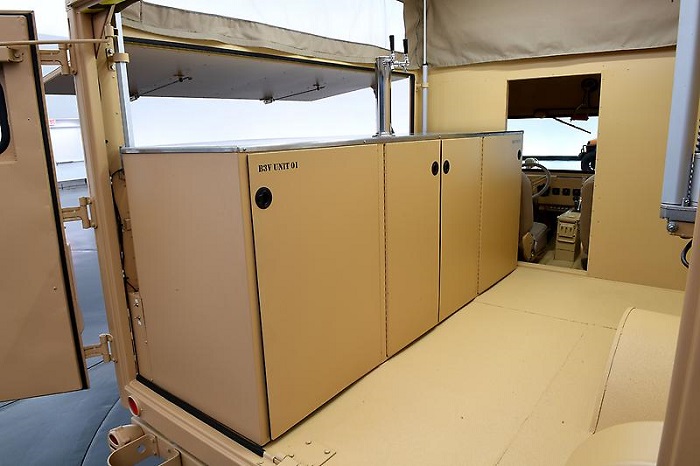 Finally, the cab of this 1967 Kaiser Jeep M275 Concept features low-back Jeep Wrangler seats wrapped in tan canvas, a custom steering wheel, modern gauges, a screen for the backup camera and a shift console that is crafted from a classic ammunition box. 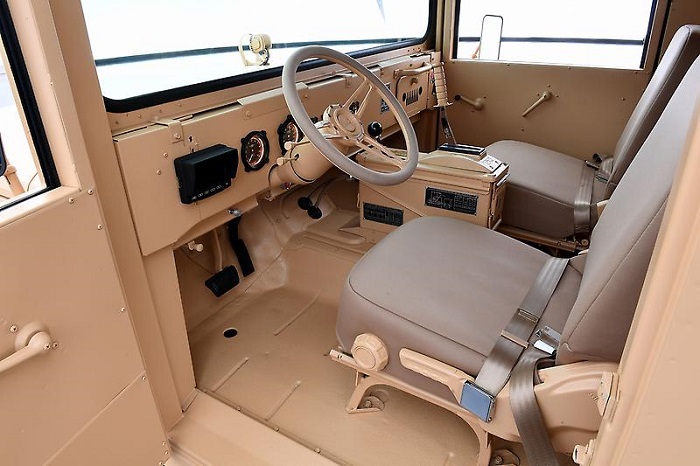 In short, this off-road ready bar-on-wheels is definitely the coolest classic Jeep ambulance that we have ever seen while also being our favorite classic Jeep at the SEMA Show. 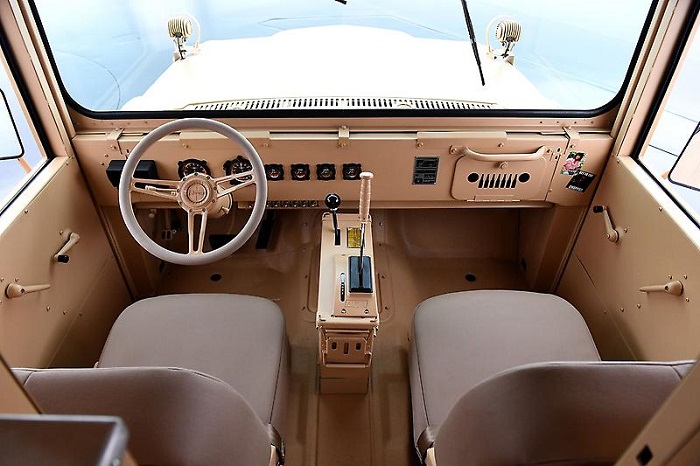