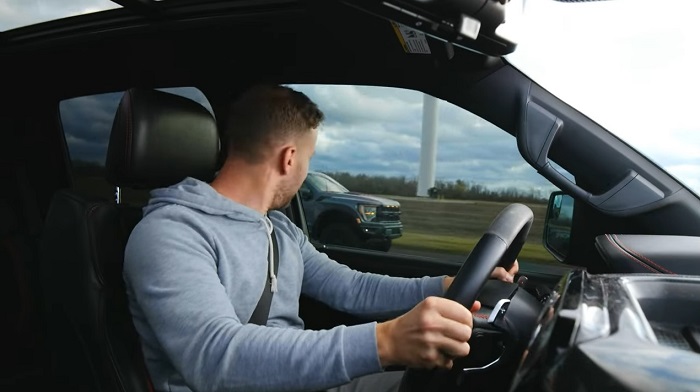 When the Ram 1500 TRX was introduced back in 2020 for the 2021 model year, it rocked the performance truck world. Delivering a whopping 702 horsepower and 650 lb-ft of torque, the TRX is the most powerful production truck ever, beating the V6-powered Ford F-150 Raptor by a huge margin in literally any head-to-head test. However, Ford fans were quick to proclaim that there was a V8-powered Raptor on the way and when it arrived, that supercharged, GT500-powered F-150 would stomp the TRX in any sort of competition. 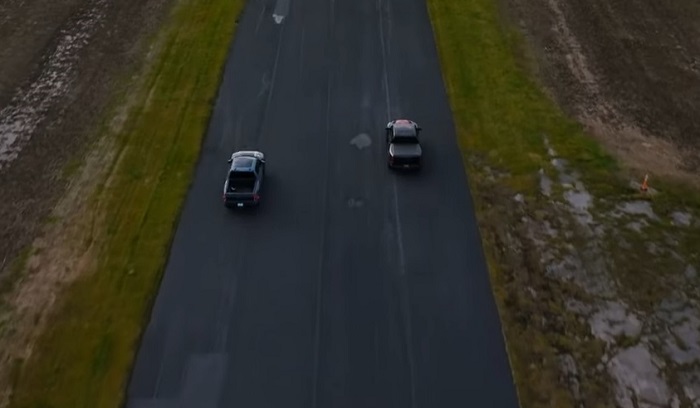 Ford fans were kind of right – the Motor Company did introduce a Raptor with a supercharged V8 that is fairly similar to the Mustang GT500 engine and a price starting more than $30,000 higher than the TRX. The key issue with all of the rumors was that the GT500 engine delivers 760 horsepower while the version used in the Raptor R was watered down to just 700 horsepower, so Ford fans didn’t exactly get what they expected. The Raptor R does have more torque than the Mustang, but with only 640 pounds of twist, it also falls short of the TRX in that category. As a result, the Ram TRX remained King of the Hill in terms of power numbers. 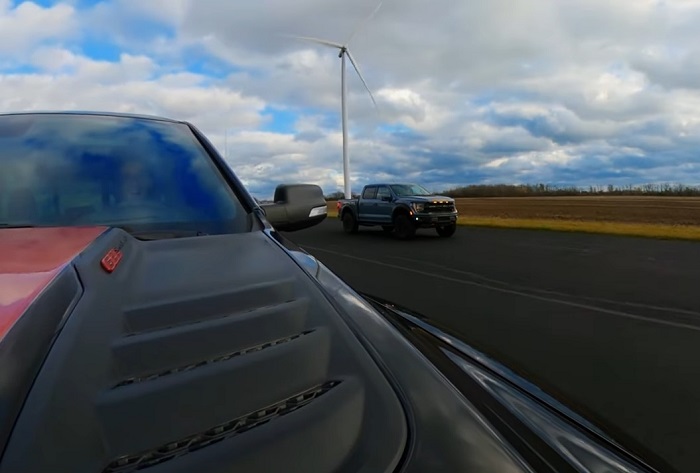 Ford fans were quick to come up with excuses, but they stuck to their guns, insisting that the Raptor R would still beat the TRX in real world races. They claimed that the lighter aluminum body of the F-150 coupled with the 10-speed transmission would allow the Raptor R to easily overcome the small power advantage of the Ram 1500 TRX, and that seemed feasible. We would all have to wait and see what happened when the two trucks were compared head-to-head by an independent third party.

Well, that head-to-head competition has been filmed by the duo from Throttle House and the results are not much of a surprise to Mopar fans, as the Ram TRX handily beat the Ford Raptor R in drag races on pavement and in dirt/grass.

We aren’t going to go into too much detail on the Throttle House video, since you can quickly watch the 8-minute video below, but here is a quick summary. The two hosts of the show raced a new Ford F-150 Raptor R against a Ram 1500 TRX twice on the pavement and once on a long stretch of grass and dirt. The first race on the pavement was a traditional drag race and in that, the TRX was slowly pulling away from the Raptor on the big end. In the image below, you can see where the TRX was when the Raptor R crossed the finish line, marked by the orange pylon. 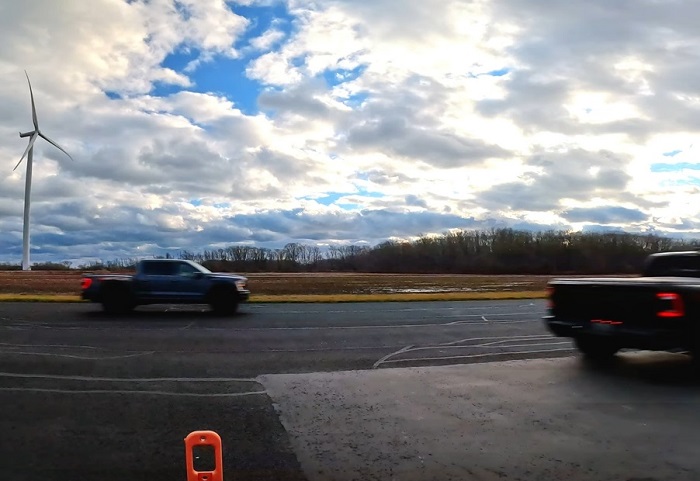 The second pavement race took place from a roll and in that match, the F-150 hopped out to a small lead and held it through the end of the race, but it was never able to pull away.

The third and final race saw the Raptor R and the TRX duke it out in the grass from a stop, with the Ram once again taking the win. The margin of victory was smaller than it was on the pavement, but in the end, when racing from a dig, the heavier, more powerful Ram TRX has been proven to be the quicker of the two top-of-the-line American performance pickups.

In short, the Ram 1500 TRX is still the apex predator of the truck world.