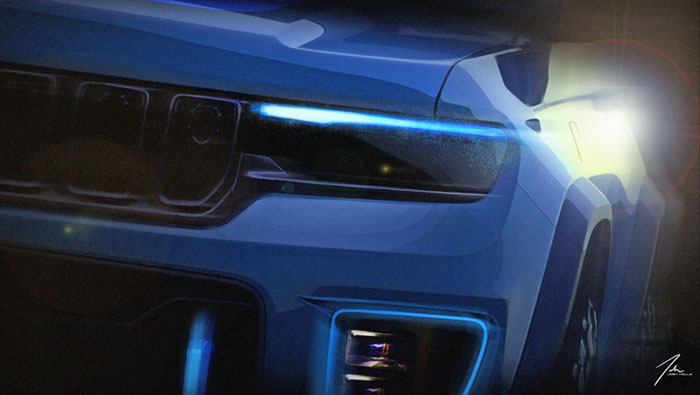 Drawings of two concepts to be shown off at the Easter Jeep Safari (April 9-17) have been released; one is to be “4xe electrified.” 4xe is the company’s name for a full performance hybrid system including all wheel drive and, at this time, a four-cylinder engine. Whether the company will keep the 4xe name or use 6xe or some other tag for six-cylinder engines is a matter for speculation.

Jeep’s press release referred to “Zero Emission Freedom” with regard to battery-electric technology.

The two vehicles are tagged as “a new Jeep 4xe concept that will electrify both on- and off-pavement adventures and another from JPP that breaks the code for the performance enthusiast.”