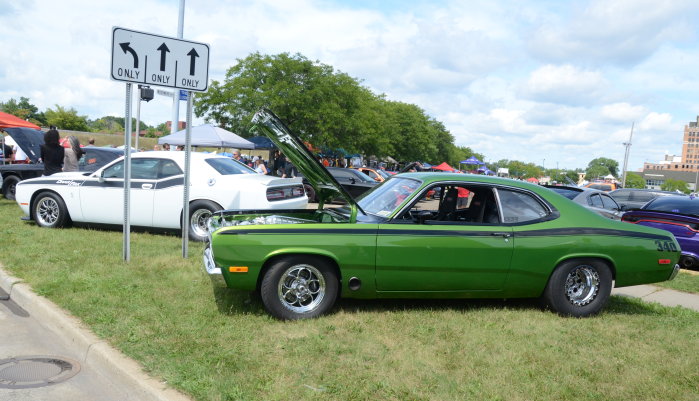 On Saturday, August 21st the Woodward Dream Cruise will be held along a 16-mile stretch of the famed metro Detroit avenue and once again, the Modern Street Hemi Shootout display in Pontiac is the place to be for Mopar lovers. This area in the “Woodward Loop” has been the hottest spot for the most powerful modern Mopars on the street for the past few years, but it is also open to classic Mopar cruisers – making this the best place for Dodge, Chrysler, Plymouth, Jeep and Ram fans to enjoy the legendary Detroit event. (We previously listed the wrong dates, but that has been corrected.) 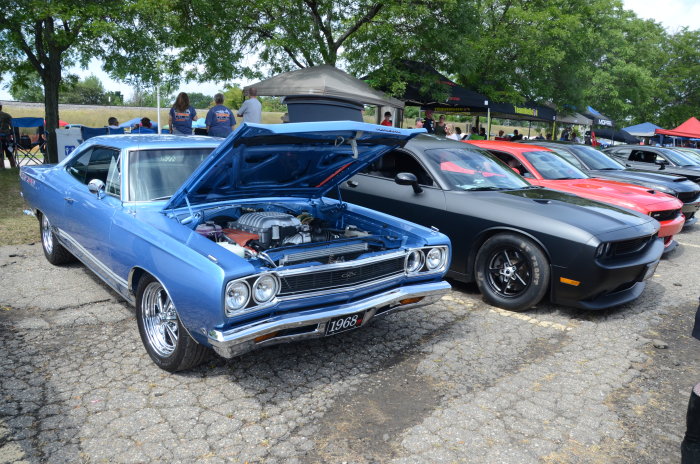 Next, after spending the day watching cars cruise Woodward Ave, the Modern Street Hemi Shootout is hosting HEMI’nsanity at nearby Lapeer International Dragway on Sunday the 22nd – the 4th event of the 2021 schedule. This means that you can come check out the cars on display on Saturday in Pontiac and then on Sunday, you can see many of the world’s quickest modern Mopars in action on the track. 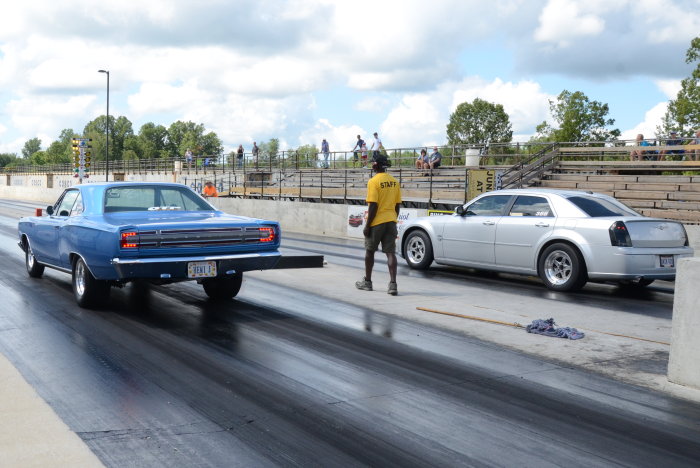 Best of all, there are still tickets available for the parking area on Saturday and the racing event on Sunday, so if you have a classic or modern Mopar, you can still register to display your car with the MSHS in Pontiac. If that classic or modern Mopar happens to have a late model Hemi engine, you can also register to race with the MSHS on Sunday, making the Dream Cruise weekend a must-attend for Mopar fans. Also, if you are new to the MSHS, there are still a couple of entries for the free Rookie Class available, so if you’ve not participated in the series in the past, you can give it a try for free.

Dream Cruisin’ with the MSHS

First up, on Saturday the 2021 Woodward Dream Cruise will be held along a 16-mile stretch of the famous avenue, running through nine different Metro Detroit towns. The event was technically cancelled in 2020 due to the Covid-19 pandemic and while many people still hit the street to cruise, the many parking areas and displays along the route were prohibited by the local government. As a result Modern Street Hemi Shootout organizer Dan VanHorn wasn’t able to host the area in Pontiac, but he and his team are back for 2021.

For those unfamiliar with the Dream Cruise, the Woodward Loop in Pontiac is the norther-most point of the route. More importantly, the local authorities in Pontiac are far more lenient than some other towns along the route, so when watching the Cruise in Pontiac, you are far more likely to see big burnouts on the street than you are in, say, Royal Oak or Ferndale. Also, traffic isn’t as thick in Pontiac, so you are more likely to see actual cruising than you are on the southern end of the route. 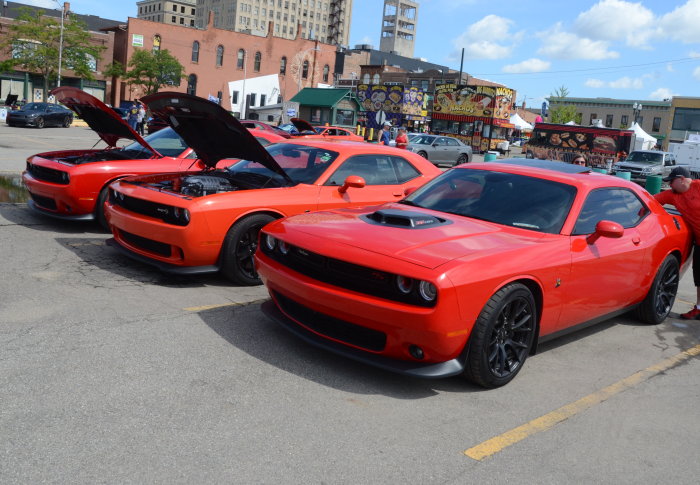 In short, if you want to see the cars on Woodward Avenue actually move or if you are looking for burnout action, Pontiac is the best place to enjoy the Dream Cruise. That is why my friends and I have registered out vehicles with the MSHS display, allowing us to show off our cars alongside many of the baddest Mopar street cars on the planet and amidst the most exciting on-street Dream Cruise action. For those wondering, if it in-and-out parking, so you can cruise and come back to your spot during the day. 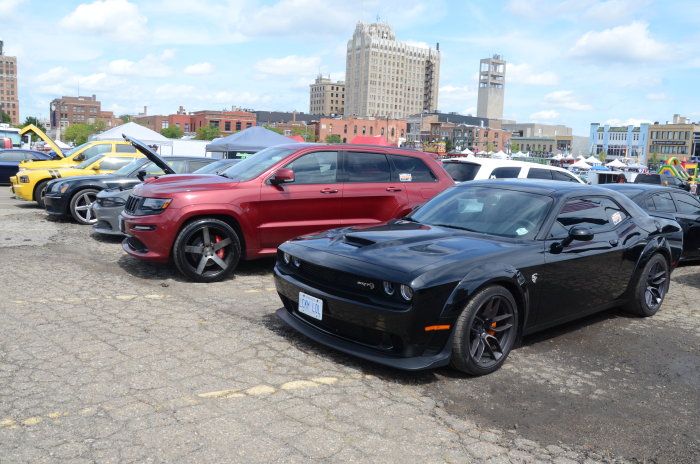 Plus, on top of the great parking location, the Modern Street Hemi Shootout area has private bathrooms and a barbecue lunch for those who pay to park their vehicle in the display. The food is fantastic and there are cold drinks available throughout the day, which is great on a hot August day in the Motor City. 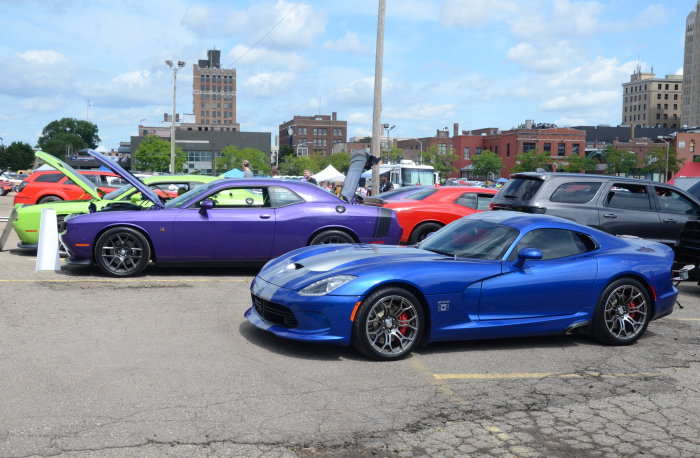 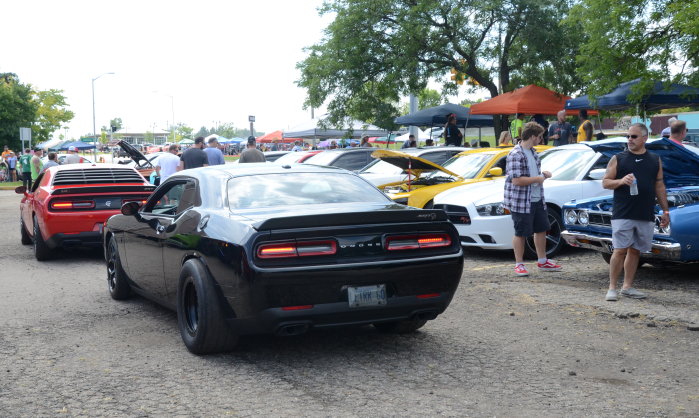 While Dan VanHorn and his group of modern Mopar racers host the best Chrysler Corporation-themed area at the Woodward Dream Cruise, the real reason that most of them come to Metro Detroit in mid-August is to go racing. The event is titled HEMI’nsanity and it is sponsored by the cylinder head experts at ThiTek. As has been the case for the past few years, the Detroit area MSHS event is being held at Lapeer International Dragway, which is about an hour north of the Woodward Loop in Pontiac. 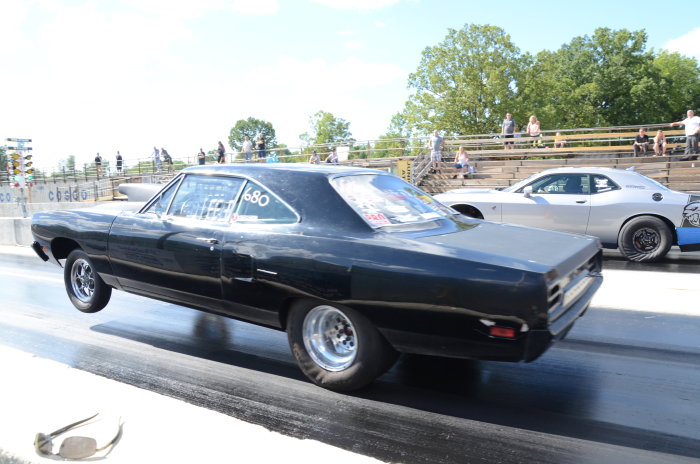 If you are unfamiliar with the Modern Street Hemi Shootout series, it plays host to the quickest and most powerful drag racing machines with modern Mopar power – including both modern and classic Mopar vehicles. Of course, with the modern Dodge cars being built for drag strip dominance, the majority of the field is comprised of late model Challengers and Chargers, but the field also has plenty of Chrysler 300s, Dodge Magnums, Jeep Grand Cherokees and Ram pickups. There are even a handful of classic Mopars with modern Hemi power so if you love high performance Mopars tearing down the drag strip, you are guaranteed to enjoy a day at the track with the MSHS. 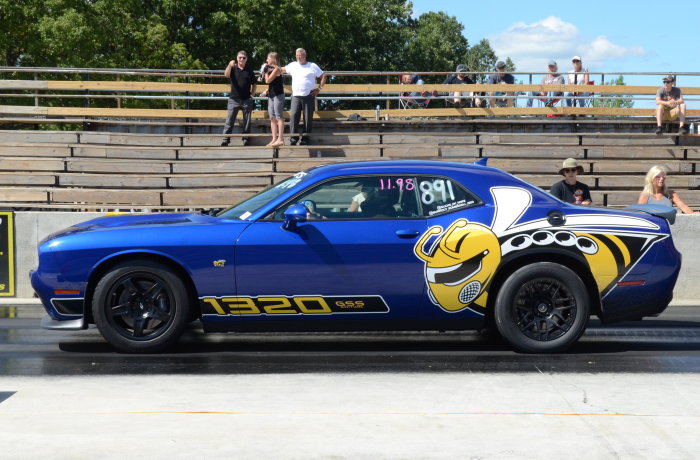 The Modern Street Hemi Shootout series has a wide variety of classes, so whether you have a stock Challenger R/T or a heavily modified Charger Hellcat – there is a class into which your car will fit. There are index classes for vehicles that run 8.50, 10.50, 11.50 and 12.50, along with the East Coast MoParts bracket class which is open to everyone who prefers dial-in racing. Of course, if you have a real Mopar monster, the Diablosport/Holley HEMI Outlaw and ThiTek Heavyweight classes are where you will find the quickest cars on the ground – some of which are the quickest of their kind in the world. A full list of the classes is available below. 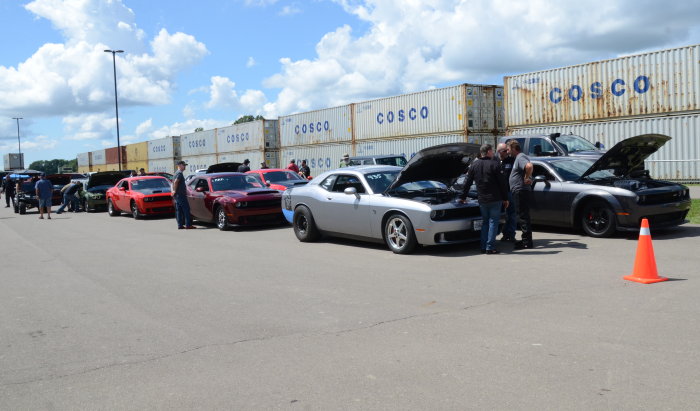 Racer entry for the ThiTek HEMI’nsanity event at Lapeer is $120 and that includes two classes – East Coast MoParts Bracket and one other class. For example, if you have a stock Scat Pack Challenger, you would likely run Bracket and the Cam Motion Street class with a 12.50 index. 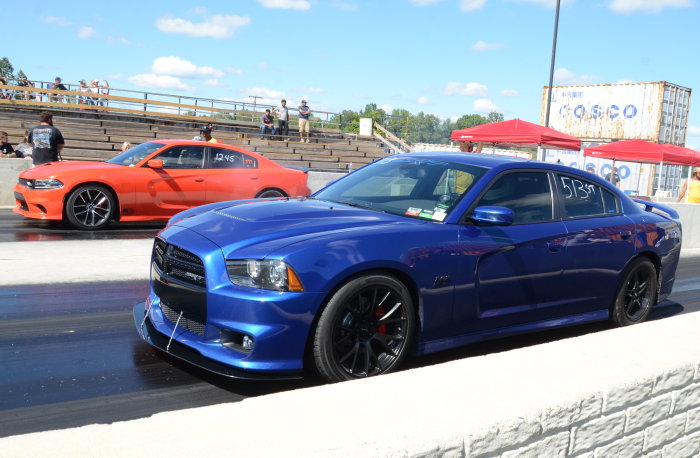 Finally, to help get modern Mopar owners involved with drag racing, the Modern Street Hemi Shootout has the Rookie class, which is free to 8 competitors at each event. Experienced racers from the series help the first-time racers learn the ropes of the track in a safe, pressure-free environment. In most cases, the Rookie class sells out in a hurry because it is free, but right now, there are still two slots remaining at HEMI’nsanity. If you haven’t been to an MSHS event in the past and you are looking to get some seat time on the drag strip with your modern Mopar, this is a great opportunity. 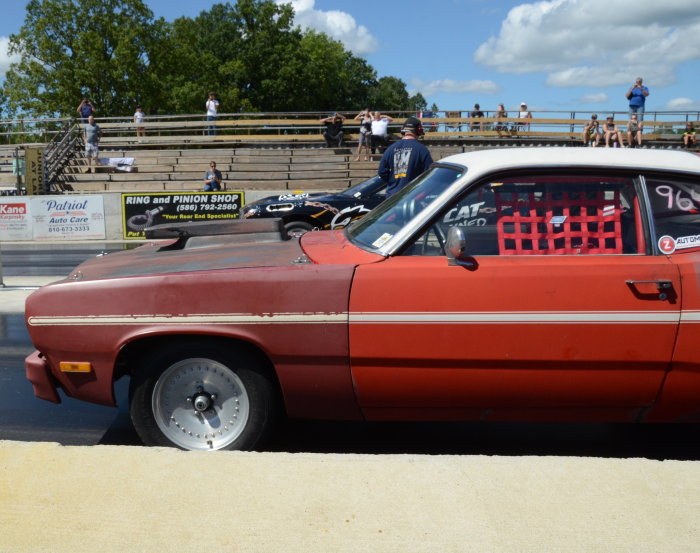 Click here for a look at all of the ticket options for the Modern Street Hemi Shootout HEMI’nsanity at Lapeer and the Woodward Dream Cruise display the day before. Even if you don’t have a car to race, the quality of drag racing is well worth the drive to Lapeer for spectators as well. Tickets for spectators are just $15.

Results from The Rock

Finally, here is a look at the results from the last MSHS event, held at Rockingham Dragway. For those interested, the series website has full video replays of both days of racing, which you can check out by clicking here.