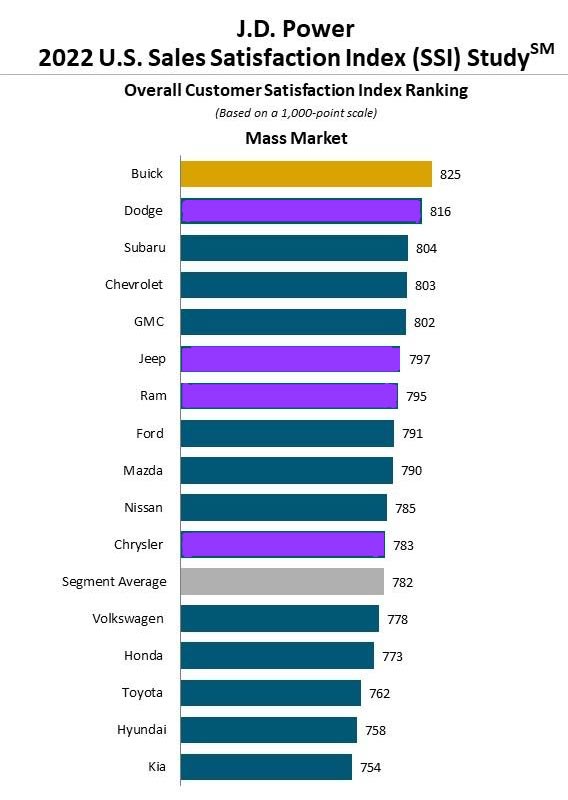 Alfa Romeo has found its #1 award—in sales satisfaction, among luxury brands, according to J.D. Power.

Part of the explanation for this may be in the reactions of different dealerships to car shortages. Many car dealers tacked on surcharges of thousands of dollars, to the point that any dealer that “only” charged list price would be considered generous; and the severe shortages at some brands would work against them, especially those which continued to advertise cars that were simply not available (such as the Honda Civic Si).

Neither Maserati nor Tesla were included in the summary charts. Genesis, which competes on the luxury front but also against the 300C and Charger Hemi, had the lowest ratings, with 745; Alfa Romeo’s rating was 833. Porsche, the next best, was just two points away, a statistical dead heat. Cadillac and Lincoln were above average.

Buyer satisfaction surveys from J.D. Power measure many aspects of dealership service. Buyer satisfaction was determined not only by the deal but by the delivery process, paperwork, facility, and dealer web site. Unsatisfactory ratings were largely due to the salesperson, price, facility, inventory variety, and negotiation process.

Given inventory issues at Honda, Toyota, and Volkswagen, as well as higher above-list pricing at those dealerships (and especially at Hyundai-Kia dealerships, based on anecdotal information), ratings likely declined largely due to the way dealerships handled the car shortages. In Honda and Volkswagen’s case, it was likely also hurt by advertising cars that were unavailable to any dealerships.