This past weekend, the 2022 Legion of Demons event was held at Houston Raceway Park and while the event is designed to cater to the 2018 Demon, it is open to other modern Mopar vehicles. One of the non-Demons in attendance was the “007” Dodge Challenger SRT Hellcat of the Epling Garage family race team and on the opening day of the event, the Epling team reset the quarter mile world record for a factory Hellcat car.

If you are not familiar with the Epling 007 Dodge Challenger SRT Hellcat, it was the first Hellcat to run in the 7- and 8-second quarter mile range, spending most of the past few years with the title of the World’s Quickest and Fastest Hellcat. Back in September 2021, the Grmpycat Dodge Challenger SRT Hellcat owned and driven by Kevin Helmick claimed that record with a 7.07 quarter mile, followed by a 7.01 a short time later. Helmick became the first Hellcat driver to run in the 6-second range in October, running a 6.99 at 200.05 miles per hour.

Having lost the title that they had held for so long, the Epling Garage family team immediately got to work, making big changes to make the 007 Hellcat Challenger quicker. The key difference between the Helmick and Epling cars last fall was that Grmpycat was turbocharged while the Epling car was supercharged. However, the Epling team made the move to a turbo setup as well – a change which Leon Epling told me helped them to add around 500 horsepower over the blower setup. 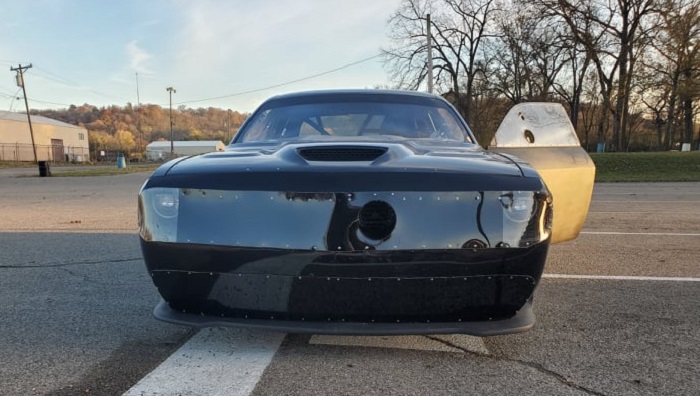 All of that extra power made the car significantly quicker and this past weekend in Texas, they used that extra power to reclaim the Hellcat quarter mile world record. You can watch the record run from a variety of angles in the video below and when you do, make sure that you have the sound up so that you get the full impact of the run.

It should be obvious to most people that getting a 2015 Dodge Challenger SRT Hellcat to run in the 6-second range takes an extensive amount of work inside and out. Some people will argue that this car and the Helmick car are both “too modified” to be considered Hellcat cars, but at the end of the day, both of these cars began their lives as normal production street cars and over the past few years, they have been transformed into two of the baddest modern Mopars in the world.

Since the list of modifications to this Hellcat Challenger is so extensive, we have shared the information below as a list rather than talking through it all. I want to emphasize that the heart of this car is the exact same 426-cubic inch Hemi engine block that has been in this Challenger for the past four years of racing. The team recently installed new head studs, new head gaskets and new bearings with the in-house-built turbo setup. 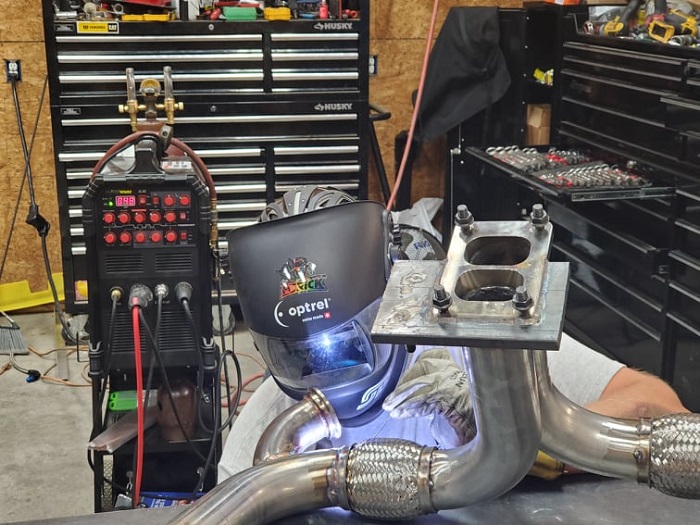 With both the supercharged setup and this new turbocharged setup, the computer system is tuned by Jason Epling and advice from Tim Barth. 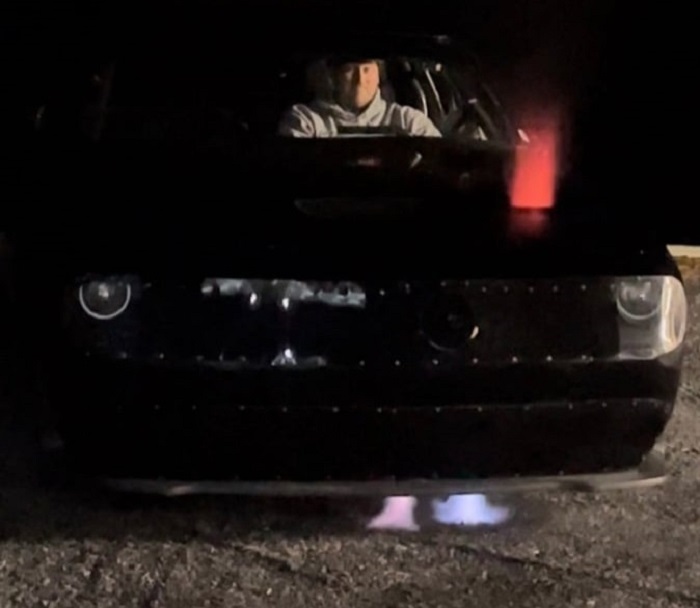 Some of you might be wondering what is left from the factory. As you can see from the list above, the drivetrain has been heavily modified from stock form, but as for the skin and bones, much of this Hellcat Challenger came off of the Brampton Assembly line.

The fenders, hood and front fascia are all factory pieces, but they have been converted into a one-piece setup. The rood, pillars, deck lid, rear quarters and rear fascia are all factory pieces. The team previously had the factory metal doors, but they recently switched to the lighter fiberglass units. The floor is factory and the factory unibody is intact forward of the rear differential. On the inside, this car still has the factory dashboard and center console, but the factory driver’s seat has been replaced with a safer and lighter racing seat while the rear seat has been replaced with a custom carbon fiber panel. When it hit the track this past weekend, this Hellcat Challenger tipped the scales at 3,335 pounds, so it much lighter than a stock Hellcat Challenger, but it is still heavier than most 6-second cars. 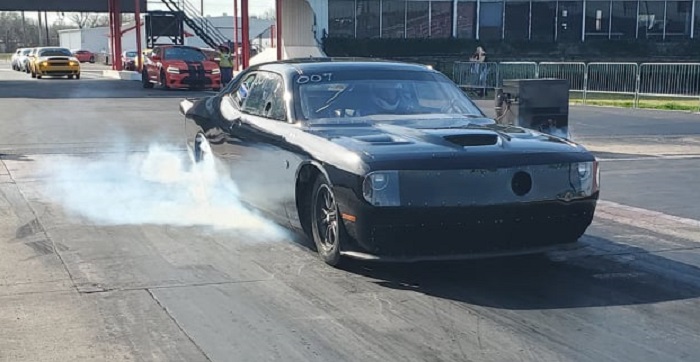 While this is an incredible number, there is a good chance that we will see quicker times in the near future. This 6.96 was at at over 1,100 feet density altitude while many of the quickest times are lower, if not in the negative density altitude range. With better air, there is some room for improvement and team patriarch Leon Epling hinted to the fact that they expect to run even quicker in the coming months.

With their big match race planned for March, we are sure that the Epling Garage team will continue to tune and tweak their car to make more power before they take on Kevin Helmick and the Grmpycat Challenger. At the same time, we expect that Helmick and his team are making sure to bring their A Game in March as well. You can read more about that upcoming match race by clicking here. 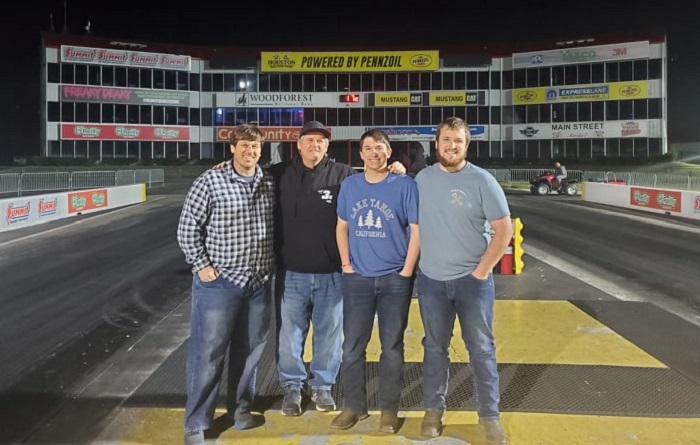 In the meantime, the Epling Garage has reclaimed the world record for the quickest and fastest Dodge Hellcat car in the quarter mile. Crank up your speakers and enjoy the video below.