Toyota became a legend for its control of manufacturing quality and supply chains. Stellantis is a new beast, including FCA US, which is notorious among suppliers for its stinginess. On the other end, Toyota also went through years of running on fumes in its engineering departments, while FCA US pushed forward in exciting customers. Who dominated in sales, in a year when supplies were key to production?

First, to be clear, Toyota does seem to be more desirable among typical buyers in the most popular areas—midsized crossovers, midsized cars, and compact crossovers and cars. Both Toyota and Mopar dealers have been pre-selling cars before delivery, but Toyota dealers have been commanding a higher price premium (above list).

FCA US is clearly a leader in trucks, and here we have Ram producing 244,983 full sized pickups, down 22% due to supply issues. Over at Toyota, we see 152,964 pickups in total—⅔ Tacomas, ⅓ Tundras. Tacoma sales were down 22%, matching Ram full-sized sales. (The Jeep Gladiator adds around 39,000 sales to the FCA US pickup roster.)

In minivans, too, despite the popularity of the new Sienna when first launched, FCA US triumphed; Pacifica sales rose by 23% to 58,463 while the Sienna fell by 41% to 34,409. Few would have predicted this. 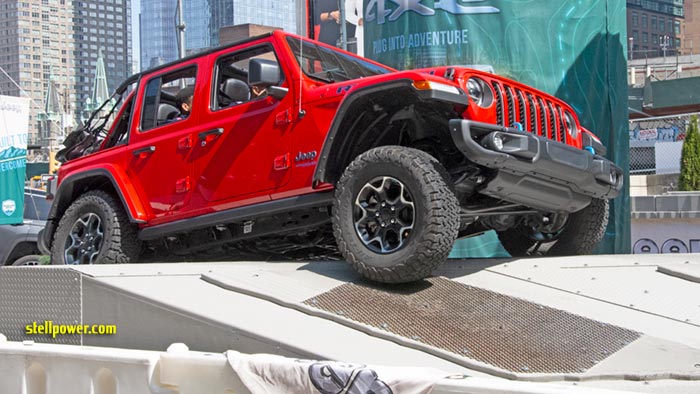 Overall, Toyota sold 435,926 crossovers and SUVs, down 14%—nearly half of which were RAV4s. Jeep may as well not play in RAV4 turf, but sold 379,946 SUVs—add on Durango and you get almost exactly 400,000. If FCA US had a real answer to RAV4, its numbers would be far better than Toyota’s in the areas where the two really compete. (Toyota also had 13,956 Lexus GX and 1,797 Lexus LX SUVs which compare roughly to Wagoneer and Grand Wagoneer; adding this in still gives the cup to Jeep. If we put Lexus RX in with the Highlander, as we probably should, that brings the total to 171,172, which does outrace the Grand Cherokee’s 134,369 sales.

Overall, FCA US is doing pretty well against the market leader where both have cars; for the moment there are no compact or midsized Mopar sedans. The one slot where Ma Mopar is truly deficient is the RAV4 class of vehicle, where Toyota dominates —it is their best selling vehicle, beating both Toyota pickups combined. Fill in those gaps, and FCA US will compete in US sales volume quite well against Toyota.