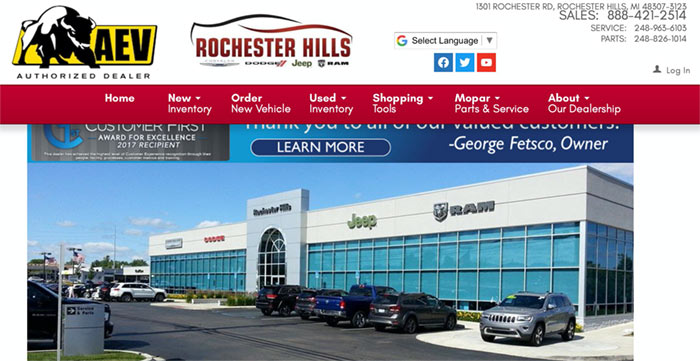 A Fox affiliate in Michigan recently issued a story about the death of a mechanic during a Jeep’s oil change—and how the mechanic’s family was suing the owner of the Jeep, rather than the dealership.

The original story implied that the Jeep was defective, with the writer noting that it leaped forward when the clutch pedal was released. Manual transmissions work that way, by design: you let out the clutch (release the pedal), and the transmission is connected to the engine, which pushes the car forward. This is normal behavior, though it seems likely that the mechanic was racing the engine as well.

The writer of the first story only interviewed one source for legal opinions—the lawyer conducting the lawsuit. With that result, thousands of people read and passed on a story that seemed to be about how either (a) a defective Jeep killed a mechanic and/or (b) the legal system is insane.

In point of fact, a story at the UK’s Daily Mail, not normally a bastion of credible reporting, filled in the gaps.

First, Jeffrey Hawkins, the 42-year-old mechanic killed in the incident, was changing the Jeep’s oil when a teenaged employee started the car and let out the clutch. The teenager did not just not know how to drive a stick—he also had no driver’s license.

Under these conditions, it makes sense that the mechanic’s family would sue over his death. It could be argued that the dealership, Rochester Hills CDJR, may have been negligent in assigning the teenager to that task, or not supervising him properly. However, Michigan law does not let employees or their estates sue their fellow employees or their employers for workplace incidents (workers’ compensation is supposed to replace lawsuits). That is why the Jeep owner has been sued, instead.

There is an oddity in American law which allows the vehicle owner to be sued though they personally did nothing wrong, beyond handing the keys to the dealership; but in this case, Rochester Hills CDJR is taking responsibility for defending the case and indemnifying the Jeep’s owner. In all likelihood, the dealership’s insurance company will ultimately foot the bill.

The incident was tragic, but somewhat less insane than the original story made it seem.

Links and some commentary at Allpar

Relevant photos at the Daily Mail